Home Entertainment How to Become a Werewolf in The Sims 4 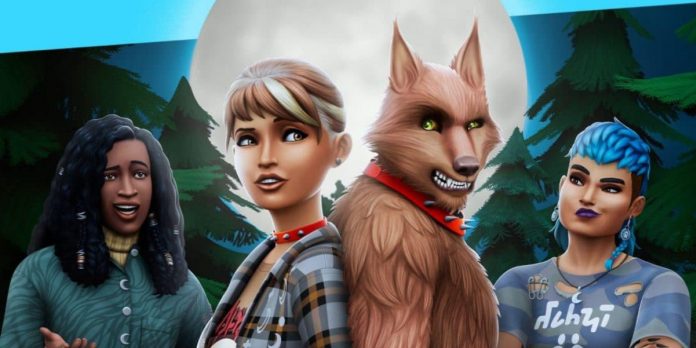 In the newest addition to The Sims 4 – Werewolf DLC, players can turn into werewolves. When players download and install the Werewolf DLC pack, they can create families in the new Moonwood Mill neighborhood. As players learn new features and abilities, they have the opportunity to transform into werewolves, engage in new pursuits, and even eat livestock in the Werewolves DLC.

The Werewolf DLC is not the first time that players can engage in the occult in the history of The Sims franchise. Back in 2003, a DLC called Makin’ Magic was released for the original The Sims game, in which players could use spells, get dragons as pets and visit a curious Magical city. Later, in The Sims 3: Supernatural, players could create witches, werewolves, vampires, ghosts and fairies. There have always been occult elements in The Sims, so it’s no surprise when EA Games announced The Werewolf DLC, which was released on June 16, 2022. Unlike previous games, players can transform into werewolves while playing The Sims 4.

There are four main ways that players can transform into werewolves in The Sims 4: Werewolf expansion. After conversion, players can turn into werewolves, have different temperaments, and even be influenced by different phases of the moon. The phases of the moon are already part of the base game; at the bottom of the screen, next to the time of day, players can hover over the image of the moon to see what phase the moon is in. land and soak up the reflected moonlight for various positive character effects. In The Sims 4: Werewolf, players will transform into a full moon. Interestingly, in the Laura DLC “Werewolf”, players can even find references to “Twilight”.

How to Become a Werewolf in The Sims 4: Werewolf

In The Sims 4, players can transform into a werewolf in four main ways:

Create a new Sim as a werewolf on the Create Sim character Creation screen. Players can choose between 6 main faces, 10 ear configurations, 8 different cheek tufts, 5 nose shapes, 10 teeth, 7 chin tufts and the usual set of accessories and clothing. Cheat codes. To enable cheats, open the cheat box command and enter “traits.equip_trait trait_occultwerewolf” to turn the sim into a werewolf. To turn them back, use “traits.remove_trait trait_occultwerewolf”. To open comments on cheats on a PC, type Ctrl+ Shift + C. For Mac, type Command + Shift + C. On the console, use all four triggers to activate the Sims 4 cheats. Be born a werewolf, which is possible if at least one of the parents is a werewolf. As in the case of real genetics, there is a 50% chance that a new child will be born a werewolf if only one of the parents carries the gene. Being bitten by a werewolf. Players don’t have to worry about walking at night in the dark; they can ask a werewolf with the “Cursed Bite” ability to do so, and the player transforms.

Even if players download the Werewolf DLC, they still have a choice whether they want to become a werewolf or not. There is a lot of knowledge to be found in The Sims 4 Moonwood Mill. Exploring the area, players can find hidden paths leading to various organizations, such as the Moonwood Collective, a group of werewolves, “whose mission embodies the union of lycanthropy and philanthropy.” Or perhaps players want to walk more on the wild side and join the Wild Fangs, a “sleazy, freedom-loving group of werewolves.” However, The Sims 4: Werewolf DLC offers players a lot of new content and features.