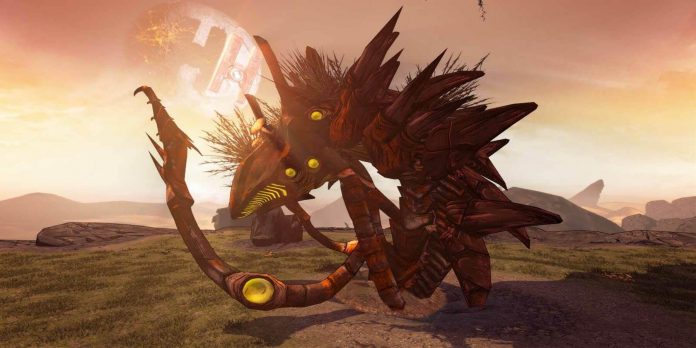 Tiny Tina’s Wonderlands has quite a few differences from the series from which it originated. The move to a T rating leads to a slightly different tone, while Overworld and the character creator help the game embrace its Dungeons and Dragons roots. Melee weapons, spells, and fantastic locations like the giant beanstalk stand out, as do incredible enemies like giant mushrooms.

Tiny Tina’s Wonderlands approach to endgame content is also different, and while some like the focus on the Hall of Chaos, others don’t like it anymore. Instead of treating raid bosses as separate battles in their own locations, they can only be accessed through the Hall of Chaos. However, the method of achieving them is not the only unique feature of the game’s raid bosses, as they can also be tougher than those presented in Borderlands 2.

In addition to the Vermivorous The Invincible, which requires a special method to appear, the raid bosses in Borderlands 2 have special arenas to which players can return as often as they want. Players spend a certain amount of eridium to gain access to a certain room or chamber, and then they can freely try to defeat the raid boss until he dies. With Tiny Tina’s Wonderlands, it takes little more than a visit to a certain place and an Eridium entry fee.

If players thoroughly search the room of the Chaos Chamber, they have a chance to find a glowing symbol on the wall. Each character is associated with a raid boss, with Barkenstein, Bannidhegg and Stupid, with whom you can fight. After activation, players need to solve a puzzle, and the task of shooting for Barkenstein is especially difficult. This task is related to the fact that players must clear the rooms of mobs before fighting a real raid boss, depleting their resources and risking death before the boss battle begins.

Players must not only go through several rooms and solve puzzles just to gain access to the raid boss battle, but also deal with a limited number of lives. With raid bosses like Terramorphous, players could return to the arena and continue fighting after death while the other player was still alive in the arena. However, if gamers die enough times in Chaos Chamber Tiny Tina’s Wonderlands, they will run out of lives, they will not be able to respawn and they will have to go through the entire race again just to fight the boss.

The Creator is also a more challenging raid boss than the ones in Borderlands 2, because it takes even more work to unlock the battle. Players need to fight all three raid bosses in one passage of Chaos Chamber, defeating them all to get a chance to fight the almighty Baby Tina. The Creator also has an instant kill attack, which distinguishes it from the raid bosses of the Borderlands franchise. Not only do raid bosses require work to gain access, but the fights themselves can be more complex and require better teamwork. All Tiny Tina’s Wonderlands raid bosses have a wide variety of attacks to learn and avoid.