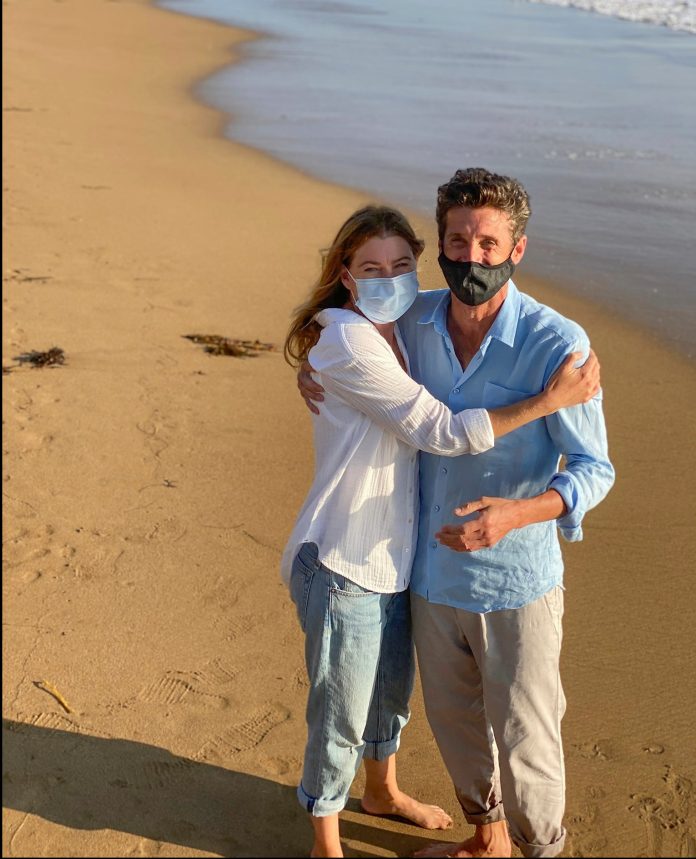 Grey’s Anatomy returned to ABC with its 17th season, loaded with drama, reflections on the pandemic, and surprises. And without a doubt the highlight of the series did not arrive until the end of the second episode of Grey’s Anatomy, when in a dream of Meredith Gray (Ellen Pompeo), Dr. Derek Shepherd (Patrick Dempsey), her late husband, appeared. .

It seems that bringing these two characters together even if only briefly had its difficulties. According to Grey’s Anatomy showrunner Krista Vernoff, it was truly difficult to keep Patrick Dempsey’s return a secret.

She explained Vernoff that in the script that the technicians and the production team had, Meredith’s mother, Ellis Gray (played by Kate Burton), was mentioned as the apparition that would meet the doctor on the beach.

“I put the name ‘Ellis Gray in the script we read at the table, and I asked Meredith to say’ Mom ‘at the table, so we came to the beach to record that day and no one had told them what was going on” .

The Grey’s Anatomy showrunner recalled that she felt like crazy keeping the secret. She assured that she and Ellen Pompeo were texting each other at all hours exchanging opinions about who could have discovered which actor was the one who had actually been cited for the recording of that episode.

For Vernoff, having to portray in Grey’s Anatomy the harsh reality that is currently being experienced around the world was difficult. Therefore, she decided to bring some joy to the fans.

“From a writer’s perspective, it happened because it was my job to find a way to bring joy, escape, candy to the fans and all the things that we on Grey’s Anatomy give people.”

Krista Vernoff noted that the suggestion to bring Derek Shepherd back was from Ellen Pompeo, an idea the showrunner confessed that she hadn’t even considered.

Join our Audacity Registration With WONHO