Home Entertainment How The Witcher 4 Can Improve Its Map 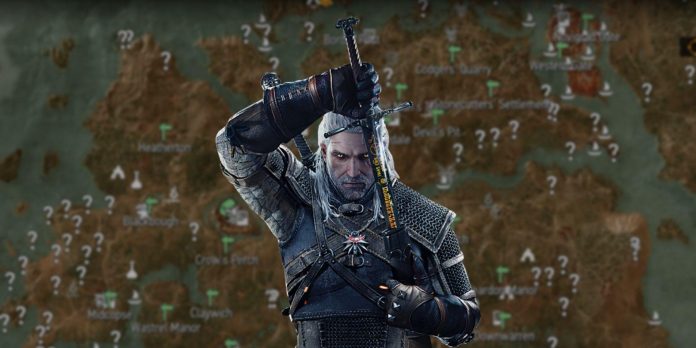 The Witcher 3: Wild Hunt is considered one of the best games of recent years. His narration, as well as a long list of interesting side quests, were highly appreciated by many in the gaming community. However, the game has its drawbacks. One of them is connected with an extensive map of the open world.

The Witcher 3 game world is dotted with sights. Some lead to hidden treasures, others to monster nests, and some even launch new quest chains. But some players said that the sights of the game are not so interesting — at least not all of them. This is a problem to consider in The Witcher 4, the upcoming beginning of a new Witcher saga.

The Witcher 3 and attractions

For the 20th anniversary of CD Projekt Red, the company hosted a live broadcast with Philip Weber, who was a junior quest designer when The Witcher 3 was still in development. At the 8:30 mark, Weber reports that he was one of those who integrated question marks into the Witcher 3 map, and many of them were those “terrible” (as he describes them) smugglers’ caches. He then goes on to say that labeling these loot caches was a mistake, agreeing that it overpopulated the game map.

It seems that many players agree with this. While there’s no denying that the game environment is great, playthrough and exploration tend to drag on, especially when the player doesn’t follow the quest. This is partly due to the fact that the sights in the world are not as intriguing as the best Witcher 3 quests, and they should not. If there was as much content in each unexplored location as in a normal quest, the game’s file size would probably be too large for any PC or console.

Improving the map system for the Witcher 4

Perhaps the answer to the question of improving the map and the open world of the Witcher is a combination of size reduction and quality control. Instead of including several attractions with a simple design (such as Smugglers’ Caches or Monster Nests), it may be better to introduce only one attraction to explore and a story to uncover. A good example of this is the Watchtower of Wicca from The Witcher 3 Hearts of Stone supplement, which has a somewhat humorous treasure quest “Royal Air Force”.

This does not mean that random loot caches should be completely removed from the game. Weber is actually talking about the original idea of The Witcher 3 team for smugglers’ caches. In the anniversary live broadcast, it turned out that these caches were never intended to be marked on the map. Instead, the developer planned to make seagulls circle around the cache, and curious players will be rewarded if they decide to explore the area. And it honestly sounds better than what has been implemented.

It would also help make moving more diverse and less tedious for players. This is a problem that is very obvious on Skellig in The Witcher 3, as many attractions are far out to sea. The inclusion of Harbour Fast Travel glasses helps somewhat, but it doesn’t make sailing to the middle of the ocean any less boring. Perhaps enabling a faster boat trip option will help. Alternatively, the developer can simply completely remove all remote, water-related attractions.

Witcher 4 can introduce players to a whole new side of the Witcher universe. Hopefully this includes a more optimized map and better exploration. Their inclusion would undoubtedly make The Witcher 4 a step forward compared to its predecessors.