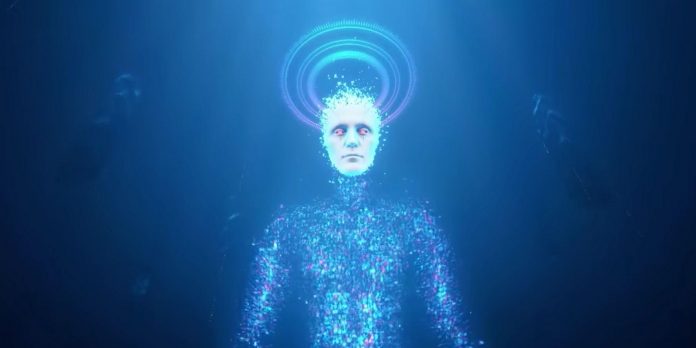 During the presentation of Capcom Summer Games Fest, many interesting new details were revealed about a variety of popular franchises, such as Resident Evil, Monster Hunter and Street Fighter. The company also revealed more details about its upcoming feverish dinosaur shooter Exoprimal. During the six-minute segment and the extended gameplay preview released a couple of days later, Exoprimal’s gameplay and story were much more fleshed out.

Exoprimal’s unique gameplay is a 5v5 scenario in which teams must work together to complete tasks while facing hordes of predatory dinosaurs that seem to appear out of nowhere. In the latest trailer, gamers will learn that this is not an accident, but a trick of the almighty cruel artificial intelligence named Leviathan, created by the mysterious Albion company.

In addition to announcing two new Exoprimal exosuits, Capcom also revealed the “villain” of the game. Leviathan is the name of an artificial intelligence that seems to be in charge of a research center owned by its creator, Albion. During the AI selection process, the game characters were “chosen” by Leviathan to conduct a series of experiments, the details of which are still unclear. It seems they were abducted against their will and taken to a remote area called Bikitoa Island, where the research center is located.

The story of Leviathan Exoprimal and the players’ path to victory over manic artificial intelligence will be revealed in the Exoprimal game mode “Dino Survival”, which seems to act as a campaign game. Why exactly Leviathan created this cruel experiment or how he seems to have taken the players hostage is a story that can be learned in the Dinosaur Survival mode.

A recent trailer reveals that Leviathan is responsible for hordes of dinosaurs that terrorize players as they complete tasks set by artificial intelligence. – which appears to the players in the form of a large humanoid at the first meeting. It seems that he has the ability to create not only a large number of dinosaurs, but also the ability to create various modifications of Exoprimal dinosaurs to “test” the players. One example is the gas neosaurus, a predator with a glowing growth on its body that explodes when it dies or is in close proximity to an exocosuit.

Artificial intelligence is responsible for providing teams with various tasks to complete, and it does this over 15-minute rounds. In the online multiplayer mode Exoprimal Dino Survival there will be up to 10 goals that will change depending on the progress of the team and how quickly they complete their tasks. In modes such as “Dinosaur Selection”, “Vertical Takeoff and Landing Protection” and “Data Key Tracking”, opposing teams may not face the same goal as their rivals, which gives each round of Dino Survival an almost unique experience with each passage.

Leviathan also acts as a sort of commentator during what he calls “wargames” as he announces the types of dinosaurs he will spawn in various missions as players don various exosuits such as Zephyr or the recently announced Vigilant to counter the advancing horde. At the end of each task, AI will also announce which team completed the task faster and is currently in the lead.

Although Capcom’s summer presentation revealed a lot about the upcoming Exoprimal, there are still a lot of details to learn about the game. The months leading up to the game’s release in 2023, from additional information about game modes to a full line of exosuits, will certainly be exciting for future players.