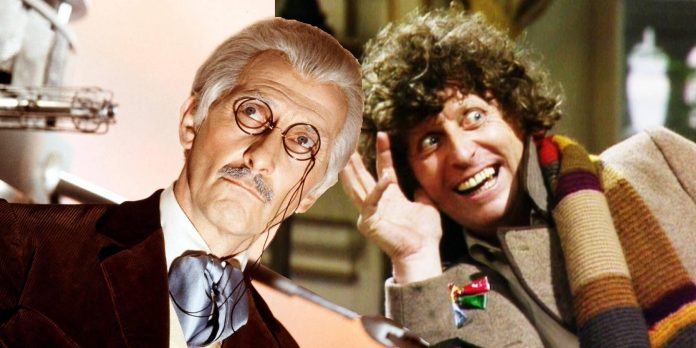 The script of the third Doctor Who film, which was considered lost, was rediscovered, which created several potential problems with the canon for both Peter Cushing’s films and the parent TV show. Films based on Terry Nation’s first two Dalek series and featuring horror legend Peter Cushing as Doctor Who were released in 1965 and 1966 and based on the Dalek craze. They existed separately from the world of TV shows, but in later years, writer Steven Moffat tried to canonize them in his novelization of a special issue dedicated to the 50th anniversary, “The Day of the Doctor”.

At an event in London dedicated to the re-release of Peter Cushing’s “Doctor Who” films in 4K format, the sons of screenwriter and producer Milton Subotsky said that they have a proposed script for the third Doctor Who film. The script called “The Greatest Adventure of Doctor Who” was written in the 1980s, and in it the old Doctor and the young Doctor will unite together. Although this concept is now regularly repeated in Doctor Who, it would raise even more complex canonical issues than Cushing’s first two films.

The most remarkable thing about Peter Cushing’s two films is that his Doctor is not a Time Lord. He is an eccentric human scientist who invented time travel and lives with his granddaughters Susie and Barbara Who. The humanity of Doctor Who will apparently eliminate the possibility of regeneration. Although, given the revelations of “Doctor Who” “Timeless Child”, it could now be easily fixed. Perhaps Peter Cushing’s Doctor Who is another timeless Doctor living incognito as an incredibly intelligent human scientist. In the 1980s, Peter Cushing’s Doctor could only meet a younger version of himself through time travel. However, in Milton Subotsky’s third Doctor Who film, perhaps there was no Cushing at all, and instead the writer-producer preferred to choose Tom Baker or Jon Pertwee for the role of the Doctor. The participation of one of the classic TV Doctors in the Subotsky film would create a completely different canonical headache.

“Doctor Who and the Daleks” and its sequel “The Invasion of the Daleks on Earth in 2150 AD” were torn from the continuation of the TV show, as was Peter Cushing’s lost radio pilot “Doctor Who”. Without the involvement of the original Dr. William Hartnell, it’s easy to buy films as an alternative version of the Doctor Who movie. Remakes of TV shows made up most of the output of the British film industry in the 60s and 70s, so no one would have thought anything of it. However, by the 1980s, fandom had really become popular, and Doctor Who became a national institution thanks to the iconic images of Pertwee and Baker.

For any actor to participate in the film would mean a clear connection with the series, which would raise all sorts of questions about what place the film occupies in the succession of this or that Doctor — even if the film was properly sanctioned by the BBC. . In the 1980s, Doctor Who faced cancellation, and it is unlikely that a state-funded television company would have seen — or even allowed to realize — the commercial potential of Subotsky’s film. Thus, it is likely that if “Doctor Who’s Greatest Adventure” were to continue, the confrontation between Tom Baker and the new young Doctor with giant crabs would become in Doctor Who the equivalent of Sean Connery’s unofficial copyright-infringing Bond film, “Never Say Never.” Whatever happens, “Doctor Who’s Greatest Adventure” is an exciting rarity, and we hope that it will see the light of day as a novel, a collection of scripts or an audio drama “The Grand Finale” in the coming years.