Home Entertainment How the story of Bonnie and Clyde can Affect Grand Theft Auto... 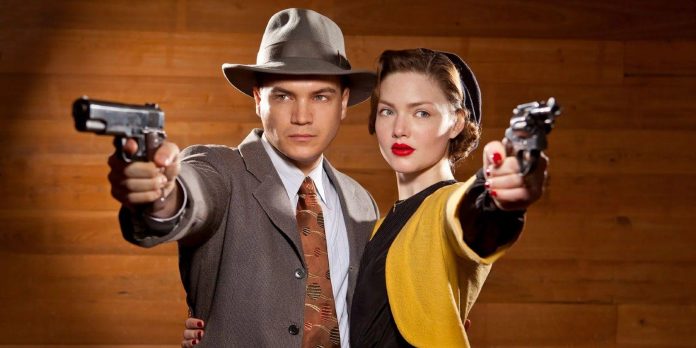 Almost ten years have passed since the first release of Grand Theft Auto 5, and despite everything, it still remains one of the most popular games. Over the past nine years, fans have spent 5 thousand hours in GTA, repeatedly completing the plot, unlocking all available weapons and vehicles and seeing absolutely everything that GTA Online has to offer. But, despite the huge replayability of GTA 5, almost ten years have passed, and fans are desperately waiting for the next version of the beloved Grand Theft Auto 6 crime franchise.

Although it has finally been confirmed that Grand Theft Auto 6 is in development at Rockstar, the developer has made it clear that it is still a few years away. Despite this, information leaks about the upcoming sequel do not stop, and a recent Bloomberg report suggests that the game is developing the franchise in a new direction. Along with a new tonal approach, Grand Theft Auto 6 will also apparently introduce the first playable female character as part of a pair of main characters whose story is inspired by the historical gangsters Bonnie and Clyde.

A Brief History of Bonnie and Clyde

Born in 1910 and 1909 respectively, Bonnie Elizabeth Parker and Clyde Chestnut Barrow were a notorious criminal couple who committed a series of robberies across America during the Great Depression. An avid photographer, Bonnie met Clyde in 1930 when she was 20 and he was 19. In 1932, they formed a gang and robbed many stores throughout the United States. By April 1933, the gang had killed five people during attempted robberies or during shootouts with rival gangs.

The gang continued their criminal activities while Bonnie and Clyde grew closer. In 1934, the gang managed to arrange a mass escape at Eastham Prison in Texas. During the escape, the gang killed Major Joe Crowson, which led to a large-scale hunt for the gang. Since then, the Barrow Gang has narrowly avoided capture or death at every turn and killed several police officers along the way.

In May 1934, Bonnie and Clyde became the country’s most wanted criminals. The group, known as Gibsland Posse, discovered that the Barrow Gang was moving around the country, visiting family members along the way. Eventually, the posse cornered Bonnie and Clyde on Louisiana Highway 154, and they were both shot in their car.

How the story of Bonnie and Clyde can affect GTA 6

At that time, Bonnie and Clyde’s criminal activities were romanticized and demonized in the media. In recent decades, the story of Bonnie and Clyde has been adapted into a number of films and productions, including a musical. In these recent retellings, the strained relationship between Bonnie and Clyde is always a key aspect that often keeps them having their fun.

According to a recent Bloomberg report, the narrative and main characters of Grand Theft Auto 6 were inspired by the story of Bonnie and Clyde. The report also mentions that GTA 6 will have two main playable characters, one of which is the first female character in the series. This inspiration of Bonnie and Clyde could mean that the two playable characters are a criminal couple. This inspiration can also mean that the characters continue to commit crimes quickly and crazily and have to evade the police, which ultimately ends in tragedy for both characters.

Explanation of the Brazilian beef stroganoff dish of the 90-day-old bride...