Home Entertainment How the Spider-Man exhibit at the San Diego Comic-Con Museum plans to... 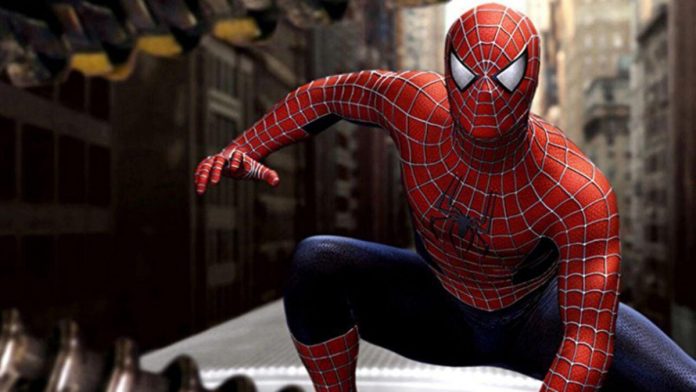 Heroes from all corners of pop culture are honored during the annual gathering at San Diego Comic-Con, where Marvel, DC, Dark Horse, Valiant, Image, IDW and more comic book properties bring their boldest and brightest to tease new adventures and thrilling expeditions. Marvel tends to be the Top Dog at the annual festival, and will be taking over Hall H for a massive presentation on Saturday night, where the slate of Upcoming Marvel Movies is expected to be confirmed. At the beginning of the convention, however, because the panels kick off and the presentations get underway, Marvel’s most iconic hero – Spider-Man – is getting inducted into a unique Hall of Fame, at a very special location that die-hard Webhead fans will want to visit.

On Wednesday, July 20, The Comic-Con Museum plans to introduce Spider-Man as the fourth inductee into its Museum Character Hall of Fame at a special event titled Night at the Comic-Con Museum, located in Balboa Park, 10 minutes outside of the Downtown San Diego area. As part of the event, attendees will be able to tour and experience Marvel’s Spider-Man: Beyond Amazing – The Exhibition, which opened on July 1 and celebrates the 60-year history of Spidey in all medium.

In addition to the displays of art, costumes, and interactive experiences in the exhibit, the event will feature live entertainment, special guests, food, and drink. The Comic-Con Museum Character Hall of Fame pays tribute to the timeless characters who have shaped popular arts and culture. On July 20, Spider-Man will be recognized for his impact on pop culture. With the generous support and participation of Marvel Entertainment, the event will celebrate the 60th anniversary of Spider-Man.

Ever since his debut in 1962, Spider-Man has stood the test of time as one of the most iconic, inspiring, and influential characters in pop culture, capturing the imagination of fans all around the world. Whether you grew up following Spider-Man’s adventures in comics, television, video games, or films, no other character embodies the heart and humor of Marvel quite like Peter. We’re thrilled to pay tribute to Spider-Man’s long-lasting legacy, and we’re honored to see him join the Comic-Con Museum Character Hall of Fame.

The new exhibit, Marvel’s Spider-Man: Beyond Amazing, sounds like an immersive opportunity to learn more about the hero who has captivated comic readers, television audiences, and moviegoers around the world. Just dive into this ranking of every Spider-Man movie, if you want to start a conversation. It uses original comic art, movie props, costumes and more priceless original artifacts to literally walk visitors through Spider-Man history. Attendees can also visit the Marvel gift shop, which will feature an array of exclusive exhibition merchandise, including t-shirts, mugs and magnets.

Beyond Amazing was curated by two men with extensive experience in pop culture, superheroes, and their combined impact on our communities. Patrick A. Reed is a New York City-based pop culture historian and journalist who served as the associate curator of the “Marvel: Universe of Super Heroes” exhibition, and chief curator of the “Eight Decades Of Archie” exhibition (also at the Comic-Con Museum). His colleague, Professor Ben Saunders, is currently a Professor of English at the University of Oregon where he founded the world’s first Undergraduate Minor in Comics and Cartoon Studies. He is the author of “Do The Gods Wear Capes?: Spirituality, Fantasy, and Superheroes,” and has curated or co-curated half a dozen exhibitions of comic strip and comic book art, including the largest museum show ever devoted to EC comics.

When asked which items in the exhibit they most were proud to display, Ben Saunders told CinemaBlend:

I think it’s always about the original art, for me. Picking a piece of it is very difficult, but the ‘made’ thing, the fact that you’re standing in front of something that, through the smudges and paste-ups and white out, and sometimes the little coffee stains, there’s something about that that really brings home for me that this world-spanning global franchise and this really genuinely iconic figure — and, you know, the word iconic is overused, but Spider-Man is a genuinely iconic figure — that all of that begins with a pencil and a brush and a piece of Bristol board. I find the regular reminder of that genuinely moving, in the same way that other people might be moved standing in front of a Rembrandt self-portrait. For me, it has that kind of effect.

The Beyond Amazing exhibit occupies 7,500 square feet of territory, and takes up every inch of wall space and media table to showcase using incredible new technology, Spider-Man’s Marvel history. There are, as mentioned, original artworks dating back to Steve Ditko and Gil Kane, all the way up to Mark Bagley. As Patrick Reed explained, when it came to acquiring material for the exhibit:

One of the nice things about working with Marvel is that we do have access to… we worked very closely with Brian Crosby and the people at Marvel themed entertainment, Marvel approvals and Marvel brand assurance, and we were able to request, you know, the moment that something was released in previews saying, ‘The September issues,’ we were able to say, ‘That’s an amazing cover. Can we get a high definition scan of that? Because we wanna isolate that figure and use it in this slide show.’ So we were able to get things that are very much up to the moment, and make sure that we weren’t simply telling the first 59 years of Spider-Man.

To that end, Marvel’s Spider-Man: Beyond Amazing also will utilize cutting-edge digital technologies to help visitors interact with some of Spider-Man’s classic villains. Reed talks about a Venom digital opp that “happens in a way that works naturally with the traits of Venom’s character and his power set.” There’s also a noteworthy Doctor Octopus set up in the museum’s atrium  that’s part 3D sculpture and part cutout. It will be a must-see during your time in the Comic-Con Museum.

It’s worth noting that Marvel’s Spider-Man: Beyond Amazing will run at the Comic-Con Museum long past San Diego Comic-Con. We understand that many fans will try to get over and experience the museum for themselves while in town for SDCC 2022, in between attending a free screening of Barbarian, or checking out whatever The Rock plans to bring to Hall H for Black Adam. But know that the exhibit will occupy the museum space seven days a week through January 3, 2022. If you are a genuine Spider-Man fanatic, this sounds like something you need to make sure you see and experience.

To get involved with the Comic-Con Museum and learn more about its mission and programming, visit www.comicconmuseum.org. The facility is located in Balboa Park at 2131 Pan American Plaza in San Diego, CA. See you there, true believers.