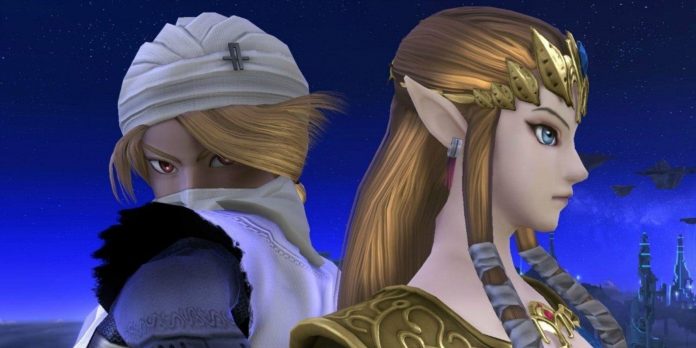 At this point, fans are familiar with The Legend of Zelda‘s primary cast. Link, Zelda, and Ganondorf form the iconic Triforce-wielding trio that drive many of the game’s storylines. After that, there are still many memorable characters to be found. Beedle is swiftly becoming another iconic figure as the main recurring merchant in multiple titles. Link’s friends in various Zelda titles such as Twilight Princess, Skyward Sword, and Breath of the Wild are also all fairly popular. And of course, there’s the various recurring enemies like the Bokoblins, Moblins, Stalfos, Keese, Chu, Octoroks, and so on.

It’s difficult to overstate just how much of an impact strong character writing and designs throughout The Legend of Zelda have enhanced the franchise. It’s enough for there to have been two different Hyrule Warriors crossover titles to bring together the many characters from throughout the franchise. It’s even more telling that one was solely based on Breath of the Wild, and it still managed to cobble together a very impressive cast. If there’s one complaint that fans have about all of The Legend of Zelda’s NPCs, it’s that some better ones haven’t shown up in a while. Medli, Groose, and most of the Link’s Awakening cast are all guilty of this, but one that Nintendo fans may forget to include in this category is Sheik, Princess Zelda’s alter ego.

RELATED: The Legend Of Zelda: 10 Characters Who Should Return In A Future Game

The first time this blue-and-white clad ninja appeared was in The Legend of Zelda: Ocarina of Time for the N64. Sheik came as part of the mid-game twist where Link travels to the future after drawing the Master Sword. Sheik appears to Link in the Temple of Time, introducing himself as a member of the elusive Sheikah tribe. Impa, Zelda’s bodyguard, was mentioned to be a Sheikah warrior earlier, but players won’t have much context for what this means. Sheik’s ninja garb makes it plain that Sheikah warriors tended to be scouts and assassins, and the player learns their dark history with the Hyrule royal family through Kakariko Village’s Shadow Temple.

Sheik seems to be an ally, if an aloof one. He teaches Link the various songs used to fast travel between dungeons and towns, which is more than enough to endear him to many players. What really clinched Sheik’s popularity was his identity, revealed after Link successfully gathered all the Medallions. Sheik is actually the missing Princess Zelda, having been raised as a Sheikah warrior by Impa to protect her from Ganondorf. In the Akira Himekawa manga, this involves suppressing her original personality, but in the games it just seems to be a disguise augmented by an ambiguous amount of magic. After Zelda returns to her previous identity, the Sheik persona is discarded and not seen again.

RELATED: The Complete Chronological Order Of Legend Of Zelda Games

For quite a long time, The Legend of Zelda: Ocarina of Time was the extent of Sheik’s role in the Zelda franchise. The character concept of Zelda having a secret identity was used again for the pirate captain Tetra in The Wind Waker, though in this instance Tetra is a reincarnation of Zelda rather than a disguise. The effect is similar, and Tetra is also a beloved character that fans would love to see return. Eventually, both Tetra and Sheik managed to land roles in a new Zelda game, this one being Hyrule Warriors. Tetra is one of the characters introduced in the Hyrule Warriors Legends’ 3DS release, but Sheik has the fortune of being in the base game with a role in Legend Mode.

Sheik is once again an alternate identity taken up by Princess Zelda when she wants to lend more help on the battlefield. Unfortunately, this is a version of Zelda who already fights on the front lines, and because she dressed as an unknown Sheikah warrior without telling Impa, she ends up creating a schism in her own forces. Still, Sheik is one of the player’s strongest fighters if they can get used to a unique combination of ninjutsu and magic music. Sheik’s only weapon is the harp from Ocarina of Time, and it emphasizes Zelda’s magical nature via the elements represented by every Medallion in that game. Sheik is transparently included for fanservice reasons, but it’s still nice to see the Sheikah warrior fighting Hyrule’s enemies directly for once.

The Rest of Sheik’s Appearances

Unfortunately, this is the extent of Sheik’s appearances in The Legend of Zelda franchise. The Stealth Set in Breath of the Wild was inspired by Sheik’s design, and Sheik’s Mask can be gained by using the corresponding amiibo. Apart from that, Sheik has only appeared in the Super Smash Bros. series. Ever since Super Smash Bros. Melee on the GameCube, Sheik has been a part of Nintendo’s iconic crossover fighting series. Zelda either transforms into Sheik with her down-special, or they occupy separate slots on the character select. Smash’s need to complete movesets inspired the ninjutsu side of Sheik’s arsenal in Hyrule Warriors, and the BotW Stealth Set helped Smash Ultimate modernize Sheik’s design.

That covers all the appearances made by the most popular Sheikah warrior. Sadly, Impa has appeared in far more Zelda titles, even if it’s not always as a fighter. Regardless of whether Sheik is treated as a title or a specific character’s name, it would be nice to see Sheik appear in another Zelda game. Concept art has leaked from a canceled Zelda spin-off by Retro Studios, and it would have featured a male Sheikah warrior. It’s a shame that the project never came to fruition, but as Super Smash Bros. has helped keep Sheik’s existence in the public consciousness, the character still has a chance to appear in future Legend of Zelda titles.

Phil Spencer Does Not Rule Out Game Pass On Other Consoles