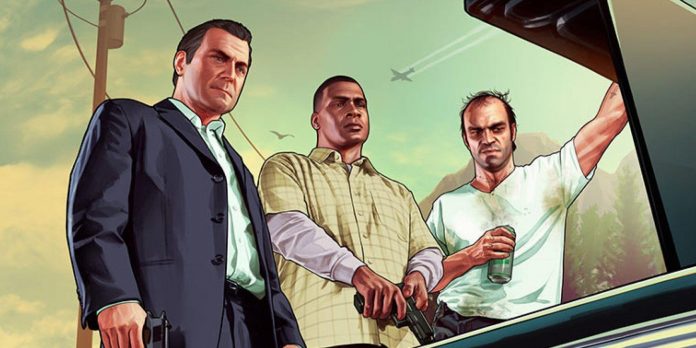 When it comes to open-world fun that offers unlimited freedom, reckless violence, and unmatched power fantasies, gamers often turn to the Grand Theft Auto franchise, and they are seldom left disappointed. Things are taken to new extremes in Grand Theft Auto 5, which is set in the sunny city of Los Santos where the rich and famous live among psychopathic criminals. It feels like anything is possible in Los Santos, whether one wishes to be a superstar, a gangster, a mogul, or a triathlon champion.

Grand Theft Auto 5 differentiates itself from its predecessors by featuring three protagonists that players can easily switch between. Though the three playable characters are vastly different, their paths cross in unlikely ways, and they find themselves having to work together. They have ceaselessly fascinated gamers, and for years fans have attempted to understand what the characters represent. One of the prevailing theories which seem to have some degree of evidence is that each member of the trio represents a different common criminal element.

One of the first protagonists players are introduced to is Michael Townley. He is the brains of a heist syndicate that is brave enough to strike banks and jewelry stores, stealing millions. During the gang’s reign, they become the bane of law enforcement, and Michael gains a notorious reputation. Though immoral, Michael is undoubtedly smart in addition to being a skilled gunman. However, when he tires of his criminal life, he uses his brains to betray his gang, fake his death, and start a new life under the fake identity of Michael De Santa. Though the plan is somewhat botched, Michael manages to make his escape and settle into an affluent life in the suburbs of Los Santos.

Michael represents the archetypal criminal mastermind that is so often admired in media. Like most criminal masterminds, he can use his intelligence to turn himself into a master of disguise, allowing him to falsely earn the trust of those around him. Through his intelligence, he is also able to plan elaborate, multi-staged criminal heists that result in him acquiring big money. GTA 5’s heists are some of the most fun parts of the game, though it is made apparent that the gang is quite reliant on Michael’s brains. Criminals in the real world that resemble Michael include the American gangster and businessman Al Capone, and Leonardo Notarbartolo, who is responsible for the largest diamond heist of all time.

Franklin Clinton can be found in the lower parts of Los Santos, which happens to be a less affluent area. There, Franklin lives with his aunt Denise and his dog Chop, and he is friends with the wise-talker Lamar. Franklin is part of The Families, a set of street gangs that the Grove Street Families of Grand Theft Auto: San Andreas is a part of. As one would imagine, being a gang member results in Franklin’s involvement in gang rivalries, petty crime, and turf wars, but it also provides an avenue to make money. Though Lamar is always encouraging Franklin to hustle for the gang, Franklin is dreaming of bigger things for himself, and he believes that the world is bigger than just the hood. His aspirations may be large, but there is a cornucopia of factors working against him. Seeking guidance, Franklin turns to Michael for help.

RELATED: Grand Theft Auto 6 Has to Do Better By Female Characters

Quite obviously, Franklin represents the gangster criminal who makes their living through street crimes. This is the type of criminal glamorized in gangster movies and hip-hop and, interestingly, while the criminal mastermind is portrayed as an intelligent crook capable of finding great financial success, the gangster in GTA is seen as a low-level criminal who is destined for early death or prison. While it may be fun to play as a gangster, it is implied that at some point, one should aspire to graduate past being a mere foot soldier for a gang.

Perhaps the most memorable protagonist in GTA 5 is Trevor Philips. He lives on the outskirts of Los Santos, and he drives a rusty pick-up truck. Trevor was once in Michael’s heist gang, but after Michael fakes his death, Trevor settles down in a trailer believing that there is nothing left of his old gang. It is not too difficult to understand why Michael decides to keep his distance from Trevor, as Trevor is a loose cannon capable of anything and everything, and most frighteningly, his actions are not always motivated by personal gain. Some of the acts he commits include mass murder, cannibalism, kidnapping, and torture, to name a few.

At times it seems that Trevor is less of a criminal and more of a lunatic, because his actions cause mayhem without benefiting him, at least not in obvious ways. It would be impossible to find someone in real life who has committed all the acts that Trevor has, but some vaguely similar real-world examples include Ed Gein who dug up human corpses and turned their rotting body parts into furniture, and serial killer H. H. Holmes who had a murder castle.

The interpretations of the GTA protagonists are numerous, and they do not stop at their criminal alignments. Some have argued that the trio represents different play styles that gamers adopt in GTA, while others have claimed that they represent players at different stages of a typical GTA playthrough. Others, offering more philosophical interpretations, have proposed that they represent the three wise monkeys who see no evil, speak no evil, and hear no evil. Regardless of how players interpret the trio, Rockstar’s choice to include three protagonists was a genius one that has allowed different players to find different characters to be intrigued by.

5 Characters We Want to see in Tekken 8