Home Entertainment How the Legacy of Hogwarts Can Redeem Hufflepuff 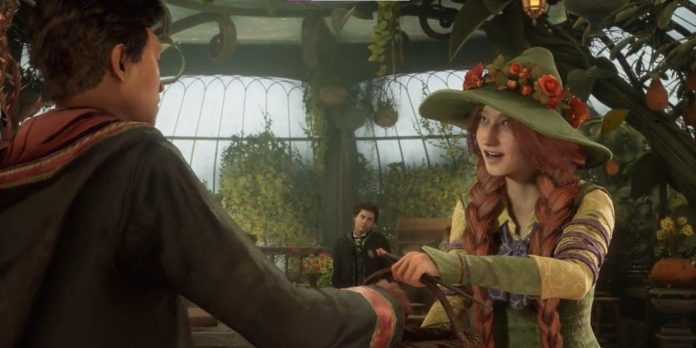 Hogwarts Legacy will take players to the titular school of Witchcraft and Wizardry. There will be several classes available to take, and players will be able to make companions and explore the mysterious castle and surrounding areas, including Hogsmeade. Before players start their adventure, they will first undergo the famous sorting ritual in which the Sorting Hat determines which of the four houses they will be sorted into.

All four houses will be available in Hogwarts Legacy, and most Harry Potter fans probably already know which house is the perfect fit for them. While each house has its loyal fans, Hufflepuff has always been neglected, and it has received the least amount of love. This is quite unfair, as the house has produced many great witches and wizards. Hogwarts Legacy has the opportunity to set things right and demonstrate how wonderful Hufflepuff truly is.

RELATED: Hogwarts Legacy is Probably Better Off Without Romance Options

The History of Hufflepuff

Like the other Hogwarts houses, Hufflepuff has a rich history. It was founded by Helga Hufflepuff, who is one of the creators of Hogwarts School of Witchcraft and Wizardry. Values associated with the house include loyalty, hard work, fair play, and patience. The Hufflepuff badge features a badger, along with a yellow and black theme. Students who get sorted into Hufflepuff are usually friendly and good at Herbology, and during Harry Potter’s time in Hogwarts, the head of the house is Professor Sprout, who is the Herbology teacher.

The Hufflepuff dormitories and the common room can be accessed in the same corridor as the Hogwarts Kitchens. To enter, students must tap a pile of large barrels in the correct pattern, and any student who does it wrong gets doused in pungent vinegar. Inside, the common room is quite comfortable, featuring a fireplace and whimsical plants that sing and dance. It is common for Hogwarts houses to feud with each other, though it seems like Hufflepuff is not too competitive, and it does not often find itself at odds with the other houses the way, for instance, Gryffindor and Slytherin are always hostile toward each other.

While there are no negative attributes associated with Hufflepuff, the house does not have the best reputation, and it is believed that it is the house for the “leftover” witches and wizards who do not fit into the other houses. Consequently, in the wizarding world and among Harry Potter fans, Hufflepuffs are often seen as the least interesting folks, and the house is seldom celebrated. Part of why Hufflepuff has fallen to the wayside is because it got very little attention in the novel series, and while readers got a chance to see the common rooms of the other houses, the same does not occur with the Hufflepuff common room.

The series does attempt to mend this along the way by illustrating that Hufflepuffs can be great witches and wizards. Hence, Harry comes across Hufflepuffs like Nymphadora Tonks, Hannah Abbott, and Cedric Diggory, the latter of whom competes against Harry in the Triwizard Tournament. Cedric performs well in the tournament, proving that Hufflepuffs should not be underestimated. Nevertheless, the house is still overshadowed by Gryffindor, which boasts the Chosen One, and Ravenclaw, which consistently churns out geniuses.

How Hogwarts Legacy Can Redeem Hufflepuff

Hogwarts Legacy could be an opportunity for Hufflepuff to redeem itself. To some degree, it is understandable that the Harry Potter novel series focuses on Gryffindor house and Slytherin primarily, because Harry and his friends are in Gryffindor while his enemies are in Slytherin. However, Hogwarts Legacy takes place centuries before Harry is born, leaving the game free to explore the other houses as much as it wishes. The developer should take the chance to flesh out Hufflepuff more, and prove that it is just as a formidable house as the others.

Hogwarts Legacy could redeem Hufflepuff by making it an attractive house for players to get sorted into. This could be done, for instance, by granting special perks to players who are sorted into Hufflepuff. To keep things canonical, the perks could be tied to Herbology, and they could include giving the player a boost in all things plant-related, which could also make certain main missions easier. If players are not in Hufflepuff but need to make use of a Hufflepuff-specific skill, they should have to make friends with a Hufflepuff student. Hufflepuff could also be made attractive by making the common room and dormitories as cozy as the descriptions of it are. With plants serenading players and a warm fire crackling in the common room, Hufflepuff will be irresistible.

One way to drum up hype for Hufflepuff would be through some friendly competition. One of the things that make Gryffindor and Slytherin so alluring is their feud which forces fans to pick a side. The two houses are simultaneously very similar and opposites, and it is often impossible to predetermine which team will win when they have Quidditch matches. Hufflepuff would also be made more interesting if it had a feud with one of the other houses, perhaps Ravenclaw. It would give Hufflepuff players something to fight against and would build a strong sense of camaraderie among Hufflepuff students. Of course, the rivalry does not have to get to the bloody levels it gets to between Gryffindor and Slytherin during Harry’s year at Hogwarts, but some friendly competition would certainly make Hufflepuff more exciting.

Hogwart’s Legacy’s release draws nearer, and players will soon discover what mysteries await them in the magical wizarding school. Hogwarts Legacy leaks suggest there will be multiple special versions of the game available, with some offering early access. With all four houses available, hopefully, Hufflepuff gets the attention it desperately needs, and it is shown that it is just as important as the other houses.

Hogwarts Legacy is scheduled to release in 2022 on Nintendo Switch, PC, PS4, PS5, Xbox One, and Xbox Series X/S.

The heirs of the earth: Netflix premiere that will dethrone La...