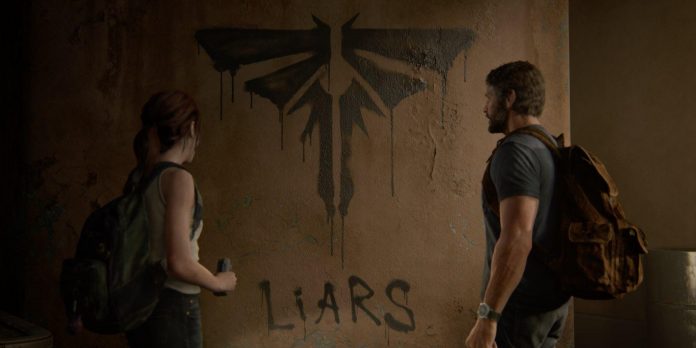 “One of Us” is a series about carnivorous zombies and ruthless factions of people trying to survive in a post-pandemic world. However, the main focus of the series is not on the cruelty present in the dystopian society that gamers are exploring, but rather on the complexity of human relationships and how they are affected by the maximum amplification of emotions. This is most clearly manifested in the interrogation of lies, a widespread, albeit disapproving human behavior that has an unexpected cascading effect not only on Joel and Ellie, but also on humanity as a whole.

Honesty is necessary for any relationship to flourish, and for good reasons, lying is widely considered immoral. However, Joel complicates the concept of lying as it becomes a dark tool in his arsenal, and he uses lies to protect the person he loves most in life. As expected, the truth eventually comes to light, and the revelation of Joel’s dishonesty causes a chasm in his relationship with Ellie. While it’s easy to understand Ellie’s frustration, it’s hard not to sympathize with Joel, especially when you consider that he may have relied on a lesser evil to prevent a greater evil. Ultimately, The Last of Us series does not leave players with specific answers, so it remains a constant topic of conversation in the gaming world.

Joel’s Lies in The Last of Us

In The Last of Us, gamers get to know dystopian America, devastated by a strange pandemic that turns people into rabid bloodthirsty monsters. After the collapse of society, the life of the survivors becomes difficult, and it seems that humanity has little hope. Although most factions are self-serving and use brutality to gain power and control, there are some who still harbor hope for a better humanity, including Fireflies.

The leader of the Fireflies, Marlene, discovers that the child she is caring for, Ellie, is immune to infection entering this species, which makes her extremely special. Ellie learns about her immunity in a traumatic situation when she loses her best friend Riley. Realizing that Ellie may have the key to the future of humanity, Marlene instructs gun smuggler Joel to deliver Ellie to one of the few surgeons who can use her immunity to create a cure.

Joel and Ellie face a dangerous journey to get to Jerry’s surgeon, and during the trip they form a close relationship. They learn to trust each other and eventually can entrust their lives to each other. After overcoming many obstacles, Joel finally delivers Ellie, only to discover that it will take killing her to create a cure. Unable to come to terms with this, Joel goes into a rage, killing all the fireflies standing in his way to save Ellie, who is unconscious during these events. When she wakes up, Joel tells a big lie – he tries to convince Ellie that the Fireflies have stopped trying to make medicine. Although Ellie does not question Joel’s lies, the players leave with the feeling that she may not fully trust him.

The consequences of Joel’s lies

In “The Last of Us, Part 2,” Joel and Ellie find relative safety in Jackson, the community where they live with Joel’s brother, Tommy. As expected, Joel’s lies don’t stay hidden forever, and in the end Ellie wants to know the truth. This leads to her slipping away from Jackson and returning to St. Mary’s Hospital in hopes of finding clues that can tell her what really happened. Although her search is unsuccessful, her subsequent confrontation with Joel leads to him revealing the truth about what happened on the day he delivered her to the Fireflies. Ellie is amazed by this discovery, and a seemingly permanent wedge is wedged between her and Joel. Although she loves him, her sense of justice does not allow her to forgive him.

Joel’s attempts to reconcile with Ellie are mostly ineffective, and the evidence of strained relations between them is both obvious and hidden. Joel has a big house in Jackson, but Ellie doesn’t live with him. From here, walking around his house, you can’t help but notice how empty rooms scream about Ellie’s absence. Ellie’s point of view is easy to understand, because someone who means a lot to her has betrayed her trust. In addition, participating in the treatment of humanity was a way for Ellie to give a tragic purpose to life, and Joel took it away from her. Punishing Joel for his dishonesty is almost instinctive, but there are some factors that complicate his situation.

Did Joel make the right choice?

Although Joel is hurt by Ellie’s coldness, he does not regret his decision.

Grey’s Anatomy: What we always suspected about Jackson Avery’s journey is...