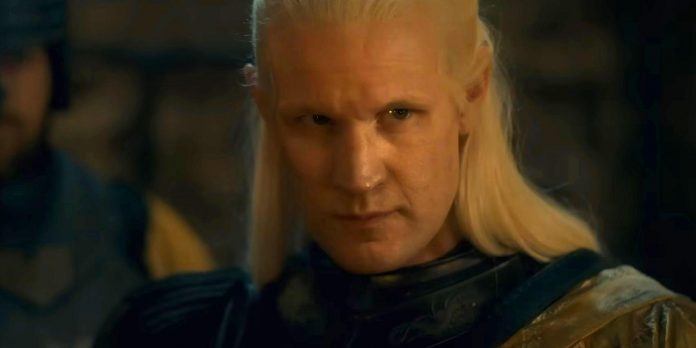 “House of the Dragon” showrunner Miguel Sapochnik told how David Benioff and D. B. Weiss reacted to the new spin-off “Game of Thrones”. The adaptation of the novels by George R. R. Martin, Benioff and Weiss “A Song of Ice and Fire”, which have not yet been completed, led to the appearance on the small screen in 2011 of a large-scale fantasy drama with “Game of Thrones”. The show quickly became an international sensation throughout its run, until an ambiguous conclusion was reached in 2019. As a result of the success of the series, Martin and HBO sought to capitalize on their achievements and began developing several additional projects. One such endeavor is the upcoming prequel series “House of the Dragon”.

The upcoming spin-off takes place almost 200 years before the events of “Game of Thrones” and will be dedicated to the Targaryens, a gray-haired family known for their power over dragons. “House of the Dragon” will tell about the events that led to the massive and violent division in the family, known as the “Dance of the Dragons”, which served as the beginning of the end of their reign. With a healthy dose of betrayal, political intrigue and brutality, the upcoming show claims to be a worthy successor to Game of Thrones.

Related: House of the Dragon Wisely Makes a Huge Character Change from GOT

At the premiere of “House of the Dragon” (via THR) Sapochnik, who worked as the director of the original series, tells how Benioff and Weiss reacted to the Game of Thrones spin-off. The showrunner jokes that two writers told him not to do the show, and then Benioff didn’t talk to him for six months. However, he praises both Benioff and Weiss, recalling their previous collaboration on Game of Thrones. Read what Sapochnik says below:

They said: “Don’t do it,” and David hasn’t spoken to me in six months.

No, they were beautiful. I had one of the best experiences of my career when I worked with David and Dan — they were wonderful to me, wonderful friends. No one will ever be happy if you start dating your best friend’s girlfriend, it just won’t happen, but they were good.

Although Sapochnik only jokes that Benioff and Weiss warned him against participating in the show “House of the Dragon”, there could be some truth in the warnings of the former writers of “Game of Thrones”. After the popular TV series overtook the novels in terms of content, fans began to criticize the series for the apparent decrease in quality. This culminated in the 8th season, the last in the series, which many critics found hasty and unsatisfactory. Benioff and Weiss may have wanted Sapochnik not to put himself under the pressure of creating a sequel to a show that is both hugely popular and still quite controversial.

However, the Shoemaker and the House of the Dragon have a chance to achieve success that Game of Thrones has never had. Since the series is a prequel, its source material has already been completely written within the framework of Martin’s novel “Flame and Blood”. Although the book is only the first volume of the two, “House of the Dragon” is an adaptation of only the second half of “Flame and Blood”. Many of those who criticized “Game of Thrones” for the decline in quality in later seasons blamed the fact that the TV series had run out of Martin’s written materials for adaptation, and “House of the Dragon” would not have such a problem. It remains to be seen whether Weiss and Benioff’s warnings will come true, but viewers will be able to judge for themselves when “House of the Dragon” premieres on August 21 on HBO.

Saints Row Reviews Its Main Keys In An extensive gameplay in...