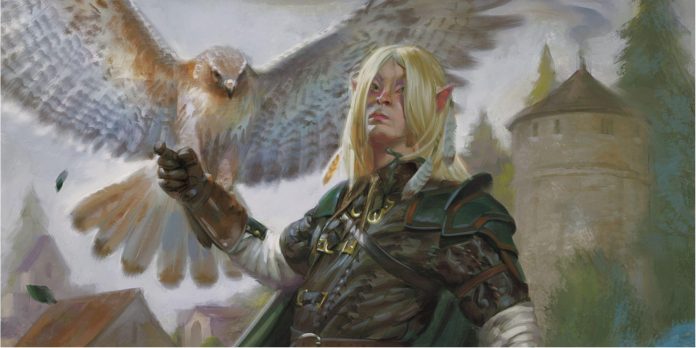 The current edition of Dungeons & Dragons uses the Forgotten Realms campaign settings as the default location for many games, and many Masters prefer to set their home D&D games on the Faerun continent in the settings. In earlier editions of D&D, there were books dedicated to the Forgotten Kingdoms, but they were treated as additional material, and this setting was by no means considered a default choice. Currently, most of the games take place on Faerun, even despite the numerous campaign settings offered, and there are several reasons for the popularity of Forgotten Kingdoms compared to other D&D settings.

In early versions of Advanced Dungeons & Dragons, there was no default world set, and in the books, most of the materials were treated as if they were embedded in a homemade game. The exception was the basic Dungeons & Dragons, which used the Mystara setting by default. The second edition of AD&D also lacked default settings, but this was an era when many new D&D campaign settings were introduced, such as Birthright, Dark Sun, Planescape and Spelljammer, some of which differed from the standard fantasy settings format. In D&D 3e, the default settings were the Ort world from the Greyhawk campaign settings. This means that in most campaigns and directories, Ort was considered as the main setting with notes on how to adapt certain elements to other settings. In D&D 4e, the default setting is known as Nentir Vale, that is, in a world that intentionally lacks specific details, so DMS can specify it at their discretion.

In D&D 5e, the continent of Faerun from the Forgotten Realms is seen as the default campaign setting, although the focus has shifted to the multiverse as a whole. Perhaps this has something to do with the fact that Wizards of the Coast is bringing back many of the old campaign settings: Spelljammer is due back in August, and Dragonlance is due later this year, as well as integrating planes from Magic: The Gathering into the multiverse. There are several reasons why Faerun is used as the default D&D setting, since it is familiar to non-D&D players, it is easy to explain to beginners, and its knowledge is easy to use or ignore depending on the needs of the Master.

The Forgotten Realms has the most popular spin-offs

Over the years, many D&D novels have been released, the action of which took place in various campaign settings, but the most popular to date is the series “The Legend of Drizzt” by R.A. Salvatore. These books were not the first novels set in the Forgotten Realms (this honor belongs to the Wanderer of Darkness by Douglas Niles on Moonshay), but Salvatore helped to concretize the setting. The Legend of Drizzt features Drizzt Do’Urden, a Drow ranger who lives on the surface of Faerun despite his race being shunned and despised. The story of Drizzt, who turned from an outsider into one of Faerun’s most famous heroes, helped D&D novels find an audience outside of the board game, and Drizzt is still widely featured in D&D media, such as Adventures in the Forgotten Realms, the set for Magic.: The Gathering and Dungeons & Dragons: Dark Alliance. The series “The Legend of Drizzt” began in the 80s and continues to gain momentum to this day, and the next book (“The Edge of the Glacier”) is published in August. Drizzt is probably the most popular D&D character of all time, and his fame has helped make the Forgotten Realms a popular choice for D&D campaigns.

The Forgotten Realms campaign settings have the most media files that non-D&D players will consume. Most D&D games are set in Forgotten Realms, including the Baldur’s Gate, Neverwinter, Neverwinter Nights, Icewind Dale, Eye of the Beholder and Idle Champions of the Forgotten Realms series. Many people got to know D&D in the 2e/3e era thanks to the Baldur’s Gate and Neverwinter Nights series, so the characters and locations from these games still play an important role in D&D media. It should be noted that the upcoming movie “Dungeons and Dragons: Honor among Thieves” is also confirmed by the fact that the action takes place in the Forgotten Kingdoms, and the directors confirmed during D&D Direct that the action takes place in the region of the Coast of Swords. The fact that Forgotten Realms was chosen among other settings just shows how popular it is. It is not yet known how much the choice of setting will matter in the film, but there will definitely be a lot of references to novels and video games, as well as to the board game.

In the era of D&D 2e, there were three worlds that were considered the “main” D&D settings: Abeyr-Toril from the Forgotten Kingdoms, Oert from Greyhawk and Krynn from Dragon Spear. Ort did become the default setting in D&D 3e, but it’s easy to see why the Faerun continent won in the end.