Home Entertainment How The Elder Scrolls 6 Can Improve Skyrim Werewolves 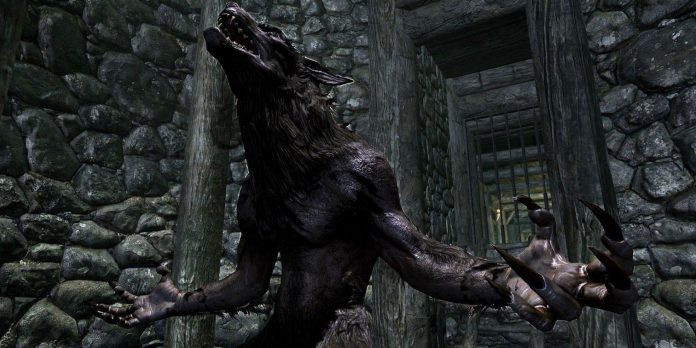 Following the massive success of Skyrim, The Elder Scrolls 6 has become one of the most highly anticipated games in recent history. The Elder Scrolls series has prided itself in giving its player base a lot of freedom when it comes to playing the game, from creating a character to how players approach the different quest lines. Out of all the choices given to players, one of the most difficult is picking whether to keep the Companion’s gift, which allows players to transform into a werewolf.

There are many Skyrim builds that revolve around gaining the power to transform into a werewolf, mainly due to how powerful the transformation is. With increased damage per strike and the ability to heal by feeding on corpses, the werewolf has slowly become a favorite among players. However, many still opt out of keeping the power at the end of the Companion’s main quest line. The Elder Scrolls 6 can make certain improvements to not only make the werewolf a permanent choice for players, but also to give those who chose to remain werewolves a harder challenge.

RELATED: Skyrim: The Questlines of the Companions and The College of Winterhold Should Have Intersected

Early in the Companion’s quest line in Skyrim, the player gains the ability to transform into a werewolf, and players seem to have instant control over this new power. While this does give gamers a lot of freedom going forward and is great for those who do not want to be a werewolf but still want to complete the Companion’s quest, it makes the power somewhat forgettable. The Elder Scrolls 6 should add in stages of infection after the player gains the power to make it more unpredictable at the start so that it is a more gradual process towards mastering the beast transformation.

The first few days after acquiring the powers should see the player automatically transform into a werewolf, making it more challenging, especially if the player is already inside a city. As time passes, the automatic transformations should become less frequent and ultimately the player should gain complete control over the power. This progression would give players a harder time at the start and could deter some players altogether, but it would also give the ability more depth and would require some sacrifice from the player to get the powerful transformation.

Ability to Infect Others

As a werewolf, players should be able to pass the power to others by attacking them and keeping them alive. Whether this is done in the open world and the player is given complete freedom on who they can infect, or if there is a new werewolf-centered quest line that requires players to start their own pack, it would give werewolf players a lot more to do with the power. By infecting others, the werewolf players can form a new faction that could be direct competitors with vampires and could use this faction as a source of income.

With a pack, players should be able to conduct raids on bandits or patrols and pick a follower from their pack to join them on their journeys. Further, this option should allow players to build a base for their new pack, stocking it with various things such as cages for the werewolves’ food. The player should also be able to send out other pack members on missions that could bring in some more gold, but could also lead to that member failing and dying or even bring the attention of werewolf hunters.

RELATED: The Elder Scrolls 6: The Political Factions of Hammerfell Explained

Following the release of Skyrim: Anniversary Edition, survival mode was introduced to give the game a new level of depth and difficulty, as players now had to manage their fatigue and hunger while surviving the different climates. If The Elder Scrolls 6 were to keep this game mode, it should force werewolf players to only feed on flesh and not gain any sustenance from regular food. This would not only force the player to hunt every night but will also add a deeper sense of realism to the game.

Since the werewolf adds such tremendous power to any build, it needs to be balanced out in some way to ensure that players are not able to easily take out the toughest enemies in the game. As such, adding a new level of survival for werewolves when survival mode is enabled would make it much more challenging. Further, if werewolves were to add the ability to form a pack, the happiness of the pack should be determined by how well the player can keep them fed, either by allowing players to bring NPCs back to their base or by allowing them to collect flesh off dead bodies.

Skyrim’s werewolves gave players fun and powerful combat very early on in the game, which essentially allowed them to become unstoppable, even against the toughest foes like dragons and giants. However, there are many things that could be done to werewolves to not only make their gameplay more challenging, but also more rewarding for the player. With players eagerly awaiting any news about The Elder Scrolls 6, there are some who hope werewolves will be given a lot of attention and that a new level of depth will be added to the beast transformations to make for a viable standalone build.

Tom Felton gets rid of his Slytherin outfit to return to...