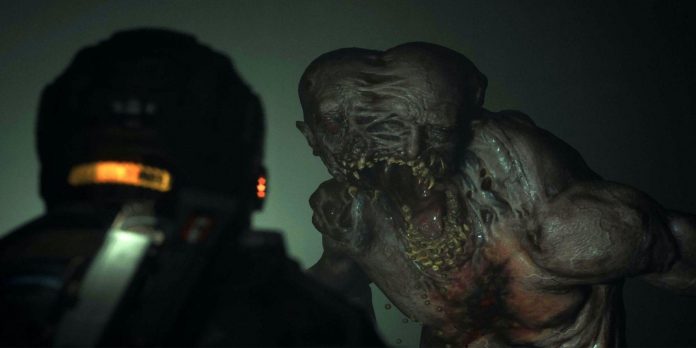 Just a few months before the official launch, The Callisto Protocol continues to showcase its pedigree as the spiritual successor to the Dead Space series, demonstrating how far it has come in its design. Along with other gameplay footage shown at Gamescom this year, fans got a preview of how some of the mechanics that once made Dead Space so memorable are being reimagined in The Callisto Protocol. These gameplay shots, combining stealth and action, allowed viewers to get a better look at The Callisto Protocol’s approach to dismemberment, as well as some new mutation mechanics.

What is interesting and is an extension of the previous mechanics of dismemberment of Dead Space against necromorphs is that Callisto Protocol not only gave players a new incentive to prioritize cutting enemies, but also achieved this thanks to new methods of game engine development. If fans of the Dead Space series still had any doubts about whether The Callisto Protocol would be able to find its own identity as a spiritual successor and compete with Dead Space, then this mechanics and the attention to detail paid by the developer Striking Distance Studios should dispel these doubts. rest.

Technical development of the mechanics of dismemberment of Callisto Protocol

By modifying Unreal’s simple demolition system, James confirms that the changes made to improve the dismemberment mechanics were made to achieve a more realistic tone consistent with the spirit of The Callisto Protocol. In short, Striking Distance Studios gave the enemy models skeletons, and then superimposed additional flesh and muscles on them, so that the damage done is directly reflected by realistic visual wounds. This is probably what The Callisto Protocol will take into account in the strategy of players during the game, as it allowed the potential of its new mutation mechanics to go beyond the elementary removal of Dead Space limbs.

Dismemberment and mutations of the Callisto protocol go hand in hand

Also introduced at Gamescom this year, Callisto Protocol goes beyond what Dead Space has achieved, literally developing combat and enemies. If the player doesn’t stop him, Callisto Protocol’s new mutation mechanics will see enemies mutate and turn into more formidable opponents who pose an even greater threat. In parallel with the ability of necromorphs to transform dead bodies, the Callisto Protocol seems to be taking it one step further by making these transformations happen in real time. Players who are characterized by visceral tentacles emerging from the bodies of enemies should prioritize fighting mutating enemies to avoid situations they may not be able to handle.

This is where the modified dismemberment system from Striking Distance Studios appears, since it seems that mutations will occur when players injure, but do not yet kill enemies during combat. In addition, The Callisto Protocol’s commitment to close combat and realistic wounds will allow players to see how enemies transform in real time. Inspired by Dead Space’s own design, these two mechanics go beyond their original scale and provide players with a more immersive and engaging gameplay experience. The fact that they complement each other is a significant improvement and shows how the Callisto protocol extends game design.

The release of Callisto Protocol is scheduled for December 2, 2022 for PC, PS4, PS5, Xbox One and Xbox Series X/S.