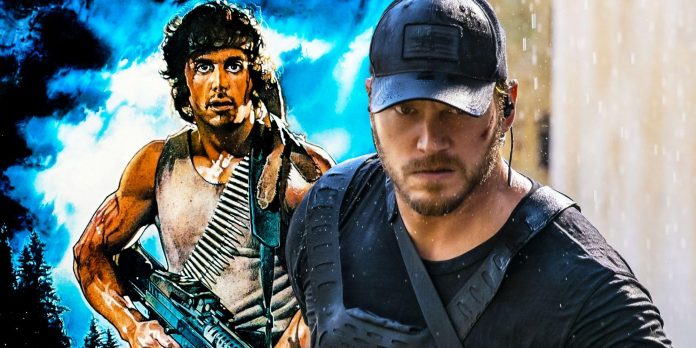 Warning: This article contains spoilers for the first season of “Terminal List”.

The sixth episode of “Terminal List” is similar to the free remake of “First Blood”, in which Rambo was introduced to moviegoers. Terminal List is an Amazon action thriller starring Chris Pratt, who plays Navy seal James Rees. After his team is killed in an ambush and his family is later killed as part of a cover-up, Rhys makes a kill list and sets out to take revenge. The show is based on a series of novels by writer Jack Carr, who is himself a former Navy Seal.

“Terminal List” may sound like any number of revenge movies, but it takes itself and its premise very seriously. In a way, it works for the show, although its harsh tone can make it difficult to interact with it. This is one of the reasons it has received mixed to negative reviews, although it has also found plenty of viewers looking forward to the second season of a potential “Terminal List.” Roman is a true believer.

Related: A Guide to the Cast and Characters of the Terminal List

In “Terminal List,” Chris Pratt also got rid of his penchant for jokes or jokes, as he does in many of his other combat roles. It makes sense for a character who is grieving the loss of his wife, daughter and best friends, not to mention being betrayed by people he trusted. In some moments, his game resembles Sylvester Stallone from the original Rambo movie “First Blood”. It’s fitting that the 6th episode of The Terminal List, “Transience,” seems strongly inspired by the beloved 1982 action movie.

The “transience” of the Terminal List begins with Rhys, who is still working with his list, in a car chase with the FBI after the events of episode 5. Rhys is soon wounded during a shootout and escapes into the woods. The search begins, and the wounded protagonist must escape from his pursuers, struggling with the consequences of his brain tumor. The structure of “Transience” makes it one of the most independent episodes of the “Terminal List”, in which the comprehensive plot of the conspiracy is relegated to the background, as the FBI and Navy seals ruthlessly pursue Rice. The structure also has many comparisons with First Blood, from a hero running away into the woods from the police, refusing to kill his pursuers and performing some operations on himself for his numerous injuries.

He even injures himself going down the mountain — just like Rambo with Sly Stallone — and talks on the radio with his main pursuer. In both “First Blood” and “The Final List,” this scene is a highlight for the main actors, where Rhys Pratt expresses his grief and anger to FBI agent J.D. Pardo. Episode 6 adds some more modern touches to the “First Blood” chase, such as the use of a drone, but the parallels between the two narratives seem very deliberate. The author of the “Final List” Carr is also a big fan of the author of “First Blood” David Morrell, so the tribute in “Transience” is not a complete coincidence.

Sony Music Korea Has Signed an Exclusive Solo Contract With a...