Home News How the 5G phone will change your gaming experience

5G promises to revolutionize, in Brazil and in the world, the entire way society engages with technology. With the world of games, therefore, it could not be different. The fifth generation network of 5G mobile phones is one of the ones that most promises to advance with the changes in eminence.

According to Bruno Micali, who is a gamer, technology enthusiast and communicator, the immediate effect of 5G internet for the gaming world will, in fact, be on the mobile experience, since many people who were previously deprived of playing because of the connection will be able integrate that world.

“The minimum response time promised by low latency should expand the culture of competitive games on mobile in order to expand this audience without relying on fixed broadband, not least because the 5G provided by operators can be faster than it”, he commented Micali.

Only in the first days of the 2nd quarter of 2020 did mobile games generate the equivalent of 1.2 billion downloads, which shows an increase of 20% in relation to the previous year. According to App Annie, the data provider, this was due to the phenomenon of the coronavirus pandemic, as many people started looking for new forms of entertainment while they were at home.

This demonstrates that the gamer market is already ready for the advancement that will come along with 5G. In fact, brands like Motorola have already launched mobile phones compatible with 5G DSS technology in 2020, which also have compatible operating systems to provide decent gaming.

An example is the line of Moto G 5G, more accessible, which has 6 GB of RAM, in addition to 128 GB of internal storage and a battery with 5000 mAh, which guarantees long hours of gameplay without pauses to recharge, added with the TurboPower charging, which allows you in a few minutes of charging, hours of use.

In addition, the Motorola Edge and Edge Plus line, with 5G compatible phones that are more robust and aimed at high performance in games, with 12 GB RAM, internal storage ranging between 128 GB and 256 GB and a battery of 4500 mAh and 5000 mAh, which also features high performance operation

Check out below the factors that promise to revolutionize the gaming experience on 5G phones.

1. Low latency
According to Micali, the lower latency of the 5th generation network and its effects on 5G mobile phones are the absolute expansion of the competitive level of the entire scenario of mobile games, since the impact consists of an ultra-fast response time between triggering a command and see its execution going on.

With low latency, developers are able to lighten the computational load on a device, that is, remote sources will be able to support part of the processing. In practice, this means that 5G smartphones that have less battery power and thermal capacity can run heavier games without being overloaded.

However, the competitive level commented by the gamer will be increased only considering two devices connected to the 5G network, since users who use 3G and 4G against the 5th generation will be greatly affected in the dispute. “There is market anxiety for 5G and low latency, and the technology will certainly meet this demand,” added Micali.

The 5G network, therefore, goes down in history as a facilitator to realize this reality, since the potential of offering a latency 40 to 80 times lower than the 4th generation can make a big difference when it comes to gambling, defining a victory a defeat.

2. Higher network speed
With speeds that can reach 50 Gbps (as proposed in England), another positive point of the advancement of 5G technology is the improvement in the download capacity. This can add to the mobile gaming experience in some ways.

The first one is to download the game itself. Currently, in mobile app stores, you can find many games that are between 2GB and 3GB – and even some with 4GB, as is the case with LifeAfter, available on the PlayStore.

This means a high download time, which can be drastically reduced with the use of 5G. Estimates are 1 GB download in a few seconds.

Another point that involves the download and that can be easily solved with a higher network speed are the updates of the mobile games, which need to offer improvements, new versions and fix bugs almost daily. Such an update can take a long time, but with 5G this scenario changes completely.

3. Democratization of streams
Streams are increasingly rising in the entertainment category. During the coronavirus pandemic, according to data from G1, many streamers recorded a 100% increase in audience since March 2020.

The trend with 5G is that streams, mainly made with cell phone games, are popularized because of the factors mentioned: the speed of the network and the lower overhead on the 5G cell phone used to play and streamar promise to democratize this entertainment.

However, according to Micali, this change will not come in the short term, as expected. This is because 5G will take a long time to be implemented, so there is a need to understand the acclimatization time for the technology to establish itself.

“The issue of infrastructure, antennas and access. Once it is widespread, there is no doubt that mobile gaming will have a huge jump in popularity and democratization of access,” added Micali.

5G mobile phone will generate growth in the gaming market

The democratization of technologies has enabled the use of a smartphone by a large part of the population and, consequently, an access to a system that allows games with more accessible resources than if made on a computer or video game.

Now, with the advent and spread of 5G, the future becomes even more promising, since companies that develop mobile games can expect a revolution in the sector. This is because genres that existed only on more “robust” platforms, such as PCs and consoles (for example PlayStation and Xbox) can become part of the world of mobile games.

The 5G revolution is much more than just speed

A perception that affects many future consumers is that the fifth generation is just a continuation of what was the fourth, that is, an increase in speed – with data packages that will cost fortunes and end quickly. This perception of 5G cell phones, according to Micali, is completely wrong:

“Not only that: the low latency and the response of devices to the technology, in addition to the adoption of it over time, will cause many to have a routine natural migration in mobile games – especially competitive ones, which can also be enjoyed in a casual way, without the bias of the dispute. ”

Micali explains that democratization in the sector takes place in the medium to long term and that government action, in conjunction with telephone operators and private companies, is essential for the process to be accelerated and the implementation of 5G to be faster than it was. of 4G. When that is true, 5G phones have everything to revolutionize the gaming industry. 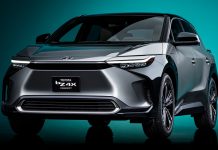 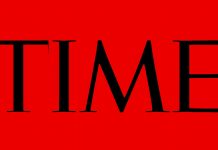 Game of Thrones: Alternative Endings Soon To Be Revealed?