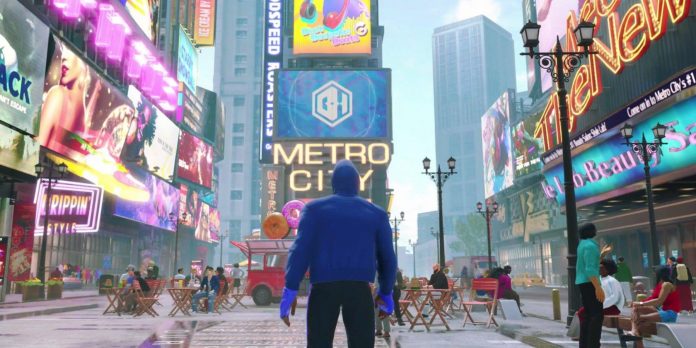 Capcom recently announced Street Fighter 6, the latest major installment of its popular fighting game series. The game, which will feature both new and returning characters, will introduce a number of new elements and mechanics of the classic Street Fighter formula. One of the brand new features that fans will be able to experience in Street Fighter 6 is a single-player adventure mode, different from the usual series of battles with minimal exploration in between. Some are excited about this new mode, while others are unsure as it represents a major departure from the norm for Street Fighter.

This adventure mode, officially known as the “World Tour”, allows players to create their own character and explore Metro City, as well as other currently unknown places. The story will focus on the player character’s attempts to create his own legacy in the world of Street Fighter. According to previously disclosed information about Chun-Li and other returning characters, the action of Street Fighter 6 is confirmed after Street Fighter 3, which finally advances the timeline of the universe after several interquels. Rumor has it that the player character may have to deal with the Illuminati, as well as the scattered remnants of M. Bison’s villainous forces. If everything is done correctly, this “World Tour” mode can be a great addition to the game and the series as a whole.

In accordance with the title of the series, in the adventure mode of Street Fighter 6, the player’s character will participate in various battles while traveling through Metro City. Although no details have been disclosed yet, fans assume that the fights will be necessary both to promote the main storyline of the World Tour and to complete additional additional content. If each fight is an identical 1-on-1 fight, it can quickly become tedious for players. Instead, the adventure mode should embrace the variety inherent in real street fighting. For example, players may need to destroy groups of Illuminati or other villains in difficult “1 vs many” matches. Alternatively, players could switch from their own character and take the place of returning favorites such as Ryu or Gail.

Immerse yourself in the setting and the story of the characters

Almost every playable character in the Street Fighter series has at least some kind of backstory, including where they come from, how they participated in battles and how they trained or developed their special fighting style. In previous games, attempts were made to concretize the prehistory of the world and trace several storylines, such as Ryu’s path from student to master and the seemingly endless struggle with the meanness of M. Bison. The “World Tour” mode in Street Fighter 6 provides a great opportunity to further explore these rich settings and build relationships between characters, exploring their stories and motives.

There are many ways that an adventure- and exploration-oriented mode, especially an open world like the rumored “World Tour”, can provide players with a lot of new knowledge. Everything from conversations between characters to readable signage, books and posters can help fans learn more about the world and make it feel lush and rich, rather than shallow and empty. Individual character-oriented quests and missions can help in the development of newcomers, such as the fresh-faced Jamie and Luke, whose brash behavior and appearance as the latest DLC character for Street Fighter 5 did not bring him much popularity among fans.

Of course, Street Fighter 6 should inherently remain a fighting game about battles that the player’s character and others must engage in while exploring the world and competing in tournaments. However, if the “World Tour” mode is as open and extensive as the Summer Game Fest footage seems to imply, the absence of any activities other than fighting can be seen as repetitive and insipid. Instead, Street Fighter 6’s adventure mode should match the style of other adventure games and add non-combat-related gameplay elements, such as collectibles and side quests that involve searching for items or talking to certain characters, rather than just chops.

The few shots of Metro City in adventure mode that fans have seen so far are pretty impressive, but one of the most frequent complaints about big video game worlds is that they can be beautiful and visually impressive, but they lack what needs to be done, leaving players unsatisfied. . Capcom developers working on the project have already insisted that the “World Tour” mode itself is the size of a full game, which potentially indicates that they have learned from their mistakes with Street Fighter 5, which was declared “bare bones” and stripped of content upon release.

The key element with which the series would not be the...