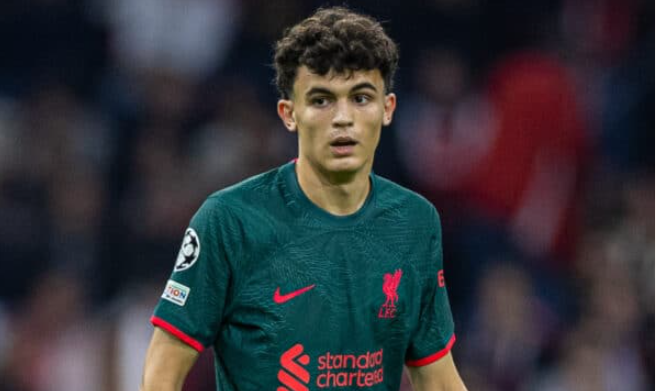 Jurgen Klopp faces a headache when it comes to his Champions League squad for the playoffs, but Stefan Bajcetic has offered one solution.

Liverpool reached the 1/8 finals of the Champions League, taking second place in Group A, having played in a two-legged match with Real Madrid, who won in Group F.

These meetings will be held at Anfield on February 21, and then at the Bernabeu on March 15, where a place in the quarterfinals will be played.

After Liverpool names a 24-man squad for the group stage, Liverpool will have to submit a revised list to UEFA by 23:00 GMT on February 2 to participate in the playoffs.

The UEFA rules provide for a maximum of 17 non-local players and at least eight local players, of which at least four must undergo club training.

With the January signing of Cody Gakpo, another non-homegrown player was added to the team, while Naby Keita was also not registered in September along with the association-trained Alex Oxlade-Chamberlain.

Then changes will be needed if Klopp wants to register all three of them, which is almost certainly the case.

The difficult decision of which non-homegrown players will be excluded from the squad for the playoffs has at least become easier, since now Baisetic is on the B list.

Champions League clubs are allowed to register an unlimited number of players in List B no later than 23:00 GMT the day before any match.

However, in order to be eligible, UEFA explains that they had to have been “born on or after January 1, 2000 and be eligible to play for the relevant club for any continuous period of two years from their 15th birthday.”

* club training
** Prepared by the Association

Baisetic, who joined Liverpool from Celta in December 2020, did not make the B-list when it came to the group stage.

But the 18-year-old now meets the requirements, having worked at the club for more than two years.

Therefore, he can be excluded from the Champions League and re-registered in list B, making room for one of the Gakpo, Keita or Oxlade-Chamberlain.

It will still be necessary to make room for the other two — or, theoretically, for any further January signings — with possible deletions such as Arthur, Calvin Ramsey, Fabio Carvalho and long-time absentee Luis Diaz.

However, it should be noted that no more than three new players can be added to the Champions League squad, which means that if another signing is made in January, one of the Gakpo, Keita or Oxlade-Chamberlain will have to be excluded.

Listen to NxWorries’ Comeback Single “Where I Go”