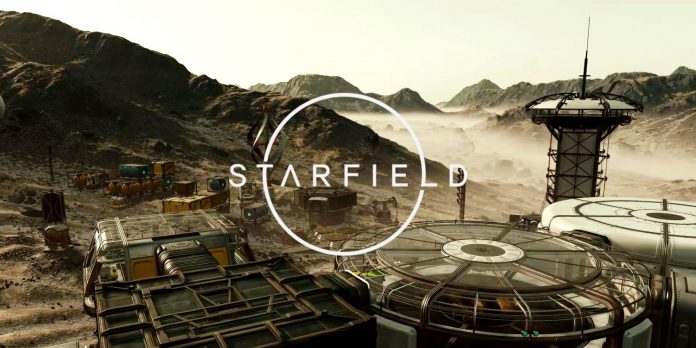 Bethesda has unveiled a whopping 15-minute gameplay for Starfield during the Xbox and Bethesda Games Showcase 2022. The video showed the environment, storylines and other features of the upcoming game, including a new system of outposts.

The outpost construction system in Starfield looks like an improved version of the settlement construction mechanics from Fallout 4. The trailer only briefly showed the players what outposts might look like. However, it’s worth telling how Bethesda has improved this feature, especially compared to systems in Fallout 4.

At about the 10-minute mark of the Starfield gameplay, players can see the outpost construction system and how it works. The interface of the new building already looks cleaner than in Fallout 4, all the information is laid out much more accurately. In addition, it is much easier to navigate in a window displaying various building structures. It also shows the name of each structure, unlike the Fallout 4 interface where the player had to scroll through each element to see what it was.

In addition, Starfield also provides players with the ability to switch the view to the outpost. The players wanted this to be available in Fallout 4. There’s even a cool mod for Fallout 4 that integrates this option into the game. Fortunately, this feature is already built into Starfield.

How the New Starfield Construction Mechanics Improves the System

Apart from the UI improvements, it seems that the mechanics of building a base in Starfield will also be more flexible than in Fallout 4. In particular, it will allow players to create outposts seemingly wherever they want. Again, this was what the players wanted in Fallout 4. This issue has been fixed by mods, but Fallout 76 has integrated this mechanic, and it seems that Starfield is following suit.

Considering that many Starfield planets seem uninhabited and dangerous, this option of building bases anywhere is the right choice. This is a safe haven for the player in treacherous terrain. Although, more importantly, it can prove to be a valuable means of collecting resources. In the interface of the construction system, there is a window in the lower right corner of the screen showing the cargo level of the outpost, the number of crew members present, available power and productivity per minute. This suggests that the Starfield outposts could have been primarily used to gather resources.

It also means that crew members assigned to outposts are likely to be more helpful. In Fallout 4, settlers could be assigned to farm, trade, or look after the settlement. However, not all of this was so valuable for the player. On the contrary, Starfield’s teammates can make the outpost’s resource collection methods much more efficient, thereby increasing the production speed.

All this suggests that outposts will become an important part of the Starfield game cycle. This allows players to build bases even on the most barren planets, and also simplifies the collection of resources. The latter, in particular, seems important, since, as reported, Starfield will have a research system related to the mechanics of crafting. This requires the player to devote certain materials to research, which will then turn into new items that can be created, such as weapon modifications, player equipment, and other structures in the development of the outpost.

What Players Don’t Want from the Starfield Outpost System

The mechanics of building an outpost in Starfield looks pretty solid. They are much better connected to the gameplay, and also eliminate the pitfalls of the old Fallout system. However, there are a lot of things that players don’t want to see in the new construction feature.

In this section, it’s worth looking back at the construction mechanics of Fallout 4. One of the reasons why players criticized the settlement system in Fallout 4 is that it was described as an “optional” part of the Fallout 4 experience. Todd Howard himself said this during the presentation of the game back at E3 2015. However, it turned out that construction became a requirement at some point in the main quest line.

Moreover, it seemed strange to the players that Bethesda was releasing so much content for settlement construction, especially the DLC Wasteland Workshop and Contraptions Workshop for Fallout 4. It seemed that the supposedly optional part of the game attracted more attention than what made Fallout so wonderful, namely role-playing mechanics and post-apocalyptic setting.