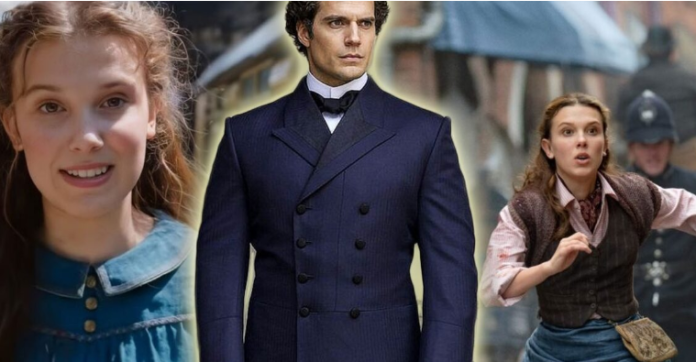 The sequel to the long-awaited Netflix original movie “Enola Holmes” has recently graced our screens, and everyone can’t help but talk about it. Within days of its release, Enola Holmes 2 became one of the most watched shows on streaming platforms and proved to be an extremely successful project for the streaming platform. While the fact that the film has become one of the most watched shows is certainly striking, it’s not surprising given the stellar ensemble cast played in the film, including Henry Cavill and Millie Bobby Brown.

“Enola Holmes” first hit the streaming platform back in 2020. Two years later, the sequel finally came out. As we all know, Sherlock Holmes is one of the outstanding characters in the film, a very popular character and has his own extensive history. Even if you watched Enola Holmes 2, chances are you missed the Sherlock joke.

Over the years, we’ve seen a lot of shows revolving around Sherlock Holmes. And one of them was Enola Holmes. While the first season basically told the story of Brown, also known as Enola, the second season gave us a deeper insight into Sherlock’s life. And Cavill kept a gag about Sherlock, as in the BBC series “Sherlock”, where Benedict Cumberbatch played the main role as a detective. In the BBC series, the detective constantly forgets the name of another popular character in the series — Greg Lestrade.

He called him by various names starting with the letter G, for example, Gavin, Graham and Giles, but never called him by the right name. Similarly, even in Lestrade’s version of Enola Holmes, when Lestrade visits Sherlock at his apartment, he tells the detective that his name is Graydon. However, as in previous versions of the character, Cavill will most likely forget his name.

Aside from Lestrade’s gag, the sequel even gave us an insight into Sherlock’s substance abuse and addiction. In one of the scenes of the sequel, Enola helps a drunk Sherlock get out of the pub. And, according to rumors, the scene after the credits of “Enola Holmes 2” pointed to a possible spin-off of Henry Cavill.

Have you noticed the hidden gag in Enola Holmes 2? Feel free to let us know in the comments below.

Taylor Swift Is Currently Ahead in Sales of Arctic Monkeys With...