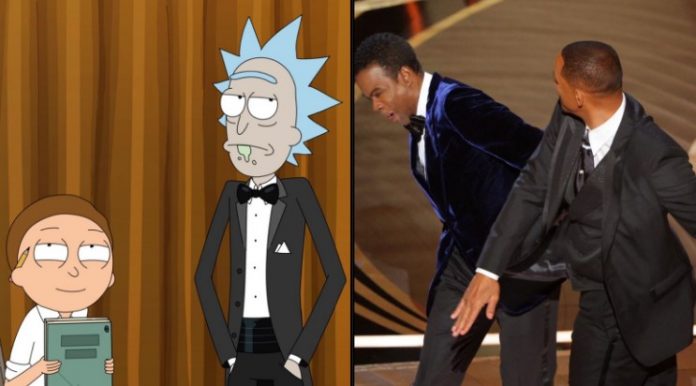 The 94th Academy Awards ceremony took place on March 27, 2022. This day will go down in history, but, unfortunately, not for the right reasons. Will Smith won the award for Best Actor for his role in the film “King Richard“. While that memory may fade, his infamous encounter with comedian Chris Rock will forever remain in our memory. An abundance of memes on the Internet perpetuated this event. Jumping on the bandwagon, Rick and Morty also made fun of the notorious “Slapgate”.

A lot has changed since the fight between Will Smith and Chris Rock. Not only was the Fresh Prince excluded from the Oscars for ten years, he apparently also started losing projects. When his films were suspended or even cancelled, some even thought his career was over. Six months have passed since the incident, and it seems that everything is gradually returning to its status quo.

However, in the weeks following the episode, many people thought the quarrel was fake. In fact, there were also claims that the Academy Awards staged the whole thing as a publicity stunt. Rick and Morty strongly leaned towards this opinion in their last season. In season 6, episode 6 titled JuRicksic Mort, dinosaurs peacefully took over the planet. In exchange for ending Jurassic rule, Rick convinced the president to let him host the Oscar ceremony.

Dressed in an immaculate suit, the eccentric genius portrays a typical Oscar host. From hitting the microphone stand with a trophy to the exclamation of the animated Tom Hanks “Wilson” — the scene contained all the machinations. However, the dig at the Will Smith controversy took place behind the scenes. While Morty praises Rick for the “microphone,” Summer expressed surprise when she realized that “it was all scripted.”

Although we may never know if the slap was staged, the creators of “Rick and Morty” certainly gave us a clever but laughable moment. Did you notice this mockery when you first watched the series? Let us know in the comments. In the meantime, you can watch all six seasons of the animated show on Netflix.

Fantastic Animals: Dumbledore’s Secrets | At What Point Does The Story...