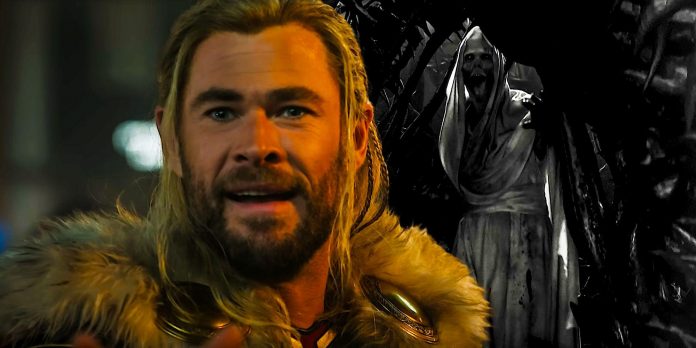 How scary and cruel is the movie “Thor: Love and Thunder”? The fourth phase of the Marvel cinematic universe is in full swing, and “Thor: Love and Thunder” marks the first time a character gets a fourth solo outing. Directed by “Thor: Ragnarok” Taika Waititi from a script he co-wrote with Jennifer Kaitin Robinson, “Thor 4” goes to new places and gets a little tense at the same time.

“Thor: Love and Thunder” is the 29th film in the MCU in which Thor’s story ended in “Avengers: Finale”, where he travels through the universe with the Guardians of the Galaxy. However, he is drawn back to Earth when he learns of a new threat involving Gorr, a butcher god who kills various gods. However, Thor’s journey does not become easy because he comes face to face with his ex-girlfriend Jane Foster, who has turned into the Mighty Thor and now owns Mjolnir. Familiar faces return in the film, including Valkyrie and Korg, and many new characters appear.

Link: Does Thor: Love and Thunder have a scene after the credits (and how many of them)?

Like many of its predecessors, “Thor: Love and Thunder” doesn’t scream with its blood or scary moments; it doesn’t have any of the former and only a little of the latter, although it’s not as scary as it can be intense. To this end, Gorr can use shadows to manifest the creatures that attack the heroes of the film, and they do their best in this regard, destroying in their frenzy. From the point of view of violence, “Thor: Love and Thunder” is quite modest, the fighting scenes are more related to the spectacle than to physical trauma. However, in battles from time to time, weapons pierce the skin of the characters, but the film avoids showing blood, which reduces the impact of the ruthlessness of the action. There is a particularly frightening scene in which the characters face Gorr in a harrowing situation, but it’s not so much incredibly violent as tense. The action scenes are gaining momentum and are fantastical in nature rather than realistically violent, relying heavily on extravagance and visual flair more than anything else.

Is “Thor: Love and Thunder” too scary for kids?

“Thor: Love and Thunder” should be suitable for children ten years and older, but the decision ultimately rests with parents, guardians and any designated adults in their lives. The film itself has a PG-13 rating for “intense episodes of sci-fi violence and action,” which suggests parental control for children under 13. And while there are action scenes, creepy shadow creatures, and tense situations, “Thor: Love and Thunder” is no more violent or scary than “Avengers: Finale” or “Doctor Strange in the Multiverse of Madness,” which features zombies.

There are threats made by Gorr, as well as child characters placed in dark and terrifying situations, but overall the MCU film retains a light and hopeful tone, which means nothing ever gets too dark or terrifying for a younger audience. “Thor: Love and Thunder” is, ultimately, a funny entry into the MCU, which has more sense of humor than cruelty. He can put his characters in difficult and sometimes dark situations, but he never goes too far into violence and fear, and can appeal to almost everyone.