Home Entertainment How Ryan Reynolds and Rob McElhenny’s Passion for Wales Has Won the... 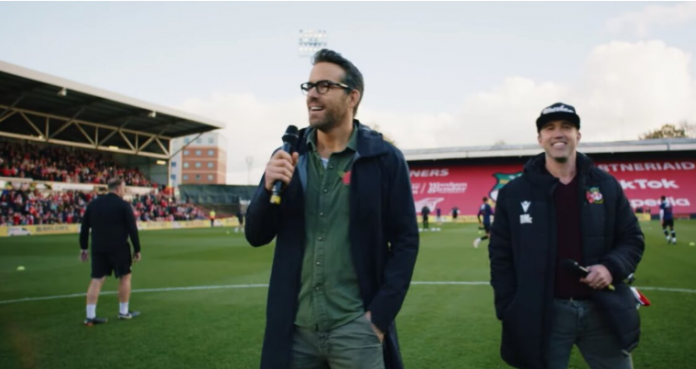 Since the days of Ryan Reynolds and his “It’s Always Sunny in Philadelphia” star, Rob McElhenny has bought the oldest football team, Wrexham Association Football Club. And the fans are delighted with the efforts that the duo has made to make Wrexham A.F.C. Again and again they are noticed at various matches of the club. There is even a documentary series based on Wrexham, in which fans get an idea of important matches and events of the club. And now, it seems, the residents of Wrexham are planning to express their gratitude to the owners.

Shortly after the purchase of Wrexham, a documentary series about the club was released on our screens. “Welcome to Wrexham” on Disney+ played an important role in promoting Welsh football and quickly increased the popularity of the club. In addition, the show, in addition to football, gave an idea of Welsh culture. So how do the Welsh plan to thank Ryan and Rob when Wales go to the World Cup? Let’s find out.

Ryan Reynolds and Rob McElhenny will receive a special award

Ryan Reynolds and Rob McElhenny are ready to receive a special award from the people of Wales. Thanks to the duo’s series “Welcome to Wrexham”, Welsh football has gained huge popularity. In addition, one of the episodes was devoted to the history and culture of Wales. And now Welsh broadcaster SC4 will join the efforts of the Welsh government and the Football Association of Wales to award the duo.

Ryan and Rob will be presented with the award during the World Concert in New York, which will be held next month in Times Square. According to Football Association of Wales CEO Noel Mooney, “The FAW is very pleased to see Rob and Ryan for their role in these special times for football at Cymru (Wales) and for Cymru’s growing place on the world stage.”

While Wales are fully prepared for the FIFA World Cup, which will be held later this year, Wrexham ended the recent match against Boreham Wood in a 1-1 draw, and Aaron Hayden equalized, which saved the club from defeat. Meanwhile, “Welcome to Wrexham” is not devoid of comic scenes, as it tells about the legacy of this football club. For example, you will even see the funny moments of the actor Deadpool captured in the documentary, as well as touching cameos from his wife and children.

Have you watched Welcome to Wrexham? Let us know in the comments below.