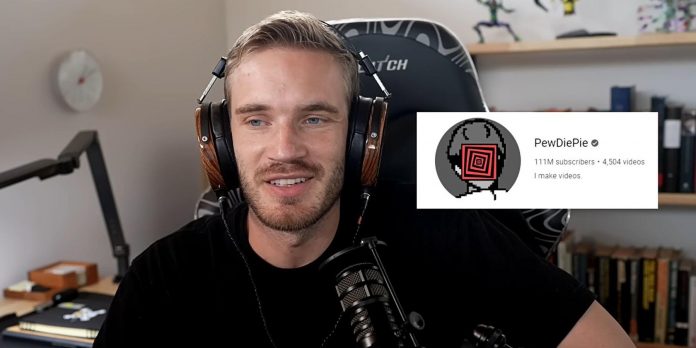 PewDiePie, one of the biggest names on YouTube, recently uploaded a video titled “Why I Didn’t Quit.” In it, he talks about how he was going to leave the platform about two years ago and why he eventually abandoned it. PewDiePie also talks about his plans for the future of the channel, touching on changes in the frequency of video downloads and content. For all intents and purposes, the video is an update for the PewDiePie audience.

However, it also gives some insight into what it means to be such a popular YouTube creator, as well as all the pros and cons that come with it. In the same video, PewDiePie touches on topics such as his (sometimes) troubled past, constant media attention, and creator burnout. In any case, this refutes the outdated opinion that it is easy for the best YouTubers.

Sometime in 2020, PewDiePie thought about leaving the platform because of all the drama and scrutiny he had been subjected to. He talks about this in his recent video “Why Didn’t I Leave” and refers to an old download from November 2020 called “I was canceled again…”. at least not for legitimate reasons. The internet just found his Spotify playlist.

Users viewed information about PewDiePie on Spotify and then took to Twitter, either mocking his taste or expressing surprise that PewDiePie was listening to “good” music, whatever that means. Some of the artists PewDiePie listened to even went so far as to tell the YouTuber to stop listening to their music. On the one hand, this may be due to the fact that artists do not want to be associated with PewDiePie’s less than stellar track record. Although, on the other hand, it seems strange that artists guard their own music, especially since it is uploaded to a public platform.

Nevertheless, it was precisely such situations that contributed to PewDiePie’s intention to leave. While it’s hard to deny that he’s been at the center of controversy several times in the past, it seems absurd for the internet to want to cancel him, well, for listening to music. And this undoubtedly puts pressure on a person. It will be difficult for someone to continue doing what they like if so many people criticize them for every little thing they do.

But obviously PewDiePie hasn’t gone away. He still uploads quite regularly, just not as often as his old schedule: one video per day. In another old download (also mentioned in “Why didn’t I Leave”) PewDiePie answers some community questions. One person asks about his plans after retirement, to which PewDiePie replies that he is already “retired”, which means that he follows his channel much more slowly.

All of this creates the context of what PewDiePie explains in his recent video. He explains that he couldn’t leave even after everything because his community supported him. However, he also talks about how tedious and unsatisfactory it is to constantly develop your channel. PewDiePie admits that he had an unhealthy addiction to YouTube, and that’s what eventually led to his “retirement.” Of course, many years of work had made him so successful, but at the moment he no longer needed to become more successful. Switching to a more restrained schedule helped PewDiePie become a YouTuber again.

For his subscribers, it was a touching update, but it’s also a pretty honest look at what it takes to become a YouTuber. Contrary to what some believe, it is not always easy to be a creator of content, especially popular with such a constant download schedule. On the one hand, these YouTubers have most of the Internet breathing down their necks, and on the other hand, there is a lot of content that needs to be planned, filmed and uploaded. Juggling all this with a healthy work-life balance is almost impossible. And hopefully PewDiePie is in a better mental state now than two years ago.