Home Entertainment How much was Johnny Depp Reportedly Paid for Pirates of the Caribbean... 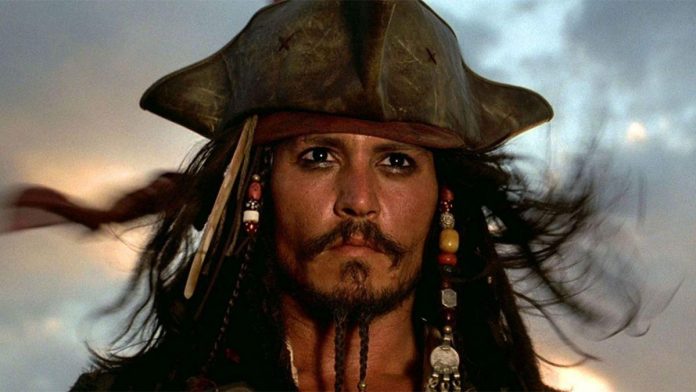 After his libel case against ex-wife Amber Heard, Johnny Depp is building new projects, apparently indicating that his career is gaining momentum again after problems with the law. One of the roles that his fans would most likely like to see him perform is Jack Sparrow from the Pirates of the Caribbean franchise. There has been much speculation about whether Depp might return to the billion-dollar Disney franchise, and during the recent trial, additional alleged details of his relationship with the studio were mentioned. This includes the amount of money he was reportedly supposed to have been paid for the sixth installment before Hurd’s charges took effect.
It would seem that Johnny Depp should have received a huge salary for “Pirates of the Caribbean 6”. During the libel trial, his manager Jack Whigham said the actor verbally agreed to a $22.5 million deal to appear in the film. , the insider reports. Such a figure seems feasible, given the success of the franchise and Depp’s status in it. This is much more realistic than the rumors that he was paid $301 million to return for one film — an opinion that Depp’s representative quickly refuted.
Virtually nothing is known about the specifics of the film, except for the fact that it would probably be the last outing of the Jack Sparrow character. The actor of the famous pirate said during the trial that he has his own ideas about the completion of the Pirates franchise. At the moment, it would seem that any concepts he had in mind would not see the light of day, because the star also confirmed that she was not interested in returning to the series. However, this does not mean that the franchise itself is dead.
In June 2020, it was reported that a new movie “Pirates of the Caribbean” starring Margot Robbie was in development. Robbie responded to rumors about “Pirates” a few months later, saying only that it was still the “early days” of the project. Earlier this year, veteran producer Jerry Bruckheimer confirmed that Disney has two PotC scripts, one starring Robbie and the other not. When Bruckheimer was asked if Johnny Depp could return for the last time, he replied “not now” and that the future has not yet been determined.
People had a lot of thoughts about Margot Robbie’s movie “Pirates”, and many openly expressed their desire to return Johnny Depp in the title role. The petition to include Depp in the sixth film has been circulating online for a long time and has even found a new life thanks to the trial. However, there is debate about whether he should be allowed to return to the series after everything that happened.
His former Pirates co-star Greg Ellis defended him during the lawsuits, saying the Jack Sparrow actor was “mischaracterized.” Kevin McNally also spoke out about whether the star should be allowed to return. McNally “sees no obstacles to his return” and told his colleague that he “never saw a hint of any dark side.” In addition, the former Disney executive believes that the star may return at some point in the future.
As one of Walt Disney Studios’ most profitable franchises, it’s likely that the Pirates of the Caribbean franchise will return in one form or another. But even despite Johnny Depp’s legal problems and claims that he has finished the series, some will probably continue to speculate about whether he will return — and get a lot of money for it.
All five “Pirates of the Caribbean” movies are available for viewing on a Disney+ subscription.