The legendary character of Game of Thrones, Arya Stark, who played him, Maisie Williams, became the most recent famous name to invest in Bitcoin (BTC). Williams asked his followers whether he should invest in Bitcoin in a survey published earlier this week. Despite the fact that there was a verdict against BTC in the survey, which received almost 1 million answers, Williams stated that he still bought BTC.

How much does Maisie Williams earn? 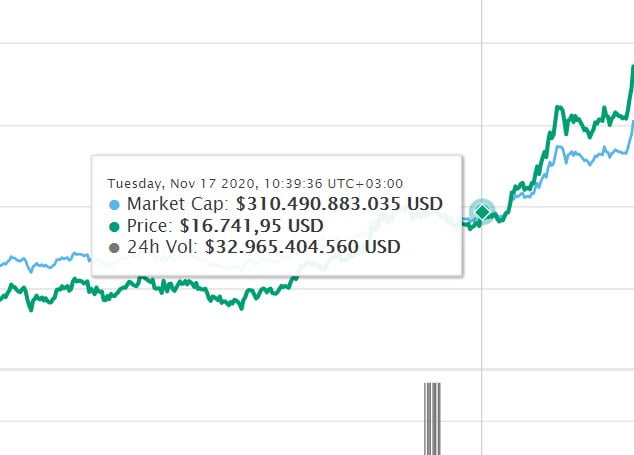 When Wiliams tweeted “Thanks for the advice but still got some (BTC)”, it seems that the BTC price was bought and sold at $ 16,700. Assuming that Williams made purchases at the moment he tweeted or during the hours close to that, it seems he is currently earning more than $ 2,000 per BTC.

thank you for the advice. i bought some anyway.

thank you for the advice. i bought some anyway. https://t.co/mhZiVoN6vy pic.twitter.com/XeU1KkfuXy

Of course, it is not known exactly how much BTC investment Stark invested. However, it is seen that the famous star earned close to 13% just 4 days after the investment he made. If Williams had invested in ONS gold on the same dates, he would have lost nearly 3% as of the time this article was written.

Bitcoin, on the other hand, has become the most profitable asset among the leading investment vehicles and commodities in such a short time. It is stated that the leading cryptocurrency is moving towards $ 20,000, and some experts even exceed this estimate. With only 3.4 million BTC left to buy, the Bloomberg analyst’s target of $ 170,000 for BTC in 2 years makes it reasonable.

Meghan Markle and Kate Middleton forced to work together!

You season 3: should we expect a sequel on Netflix? The...