Home Celebrity How much money will Dwayne Johnson’s Black Adam earn on the first... 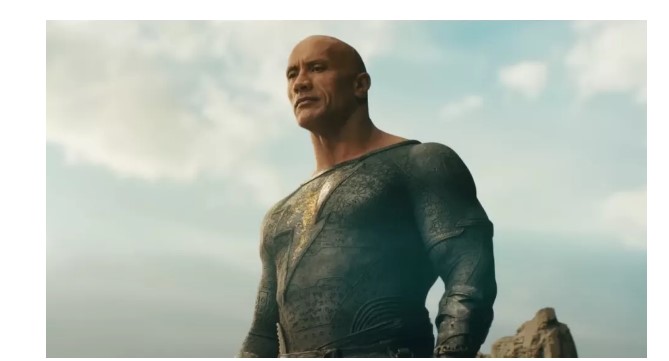 Warner Bros. continues to struggle when it comes to bringing the DC universe to the big screen. Although most of the released films were successful, in fact their release was still a problem. However, the next DC movie is coming out soon, and it stars Dwayne Johnson, one of the biggest movie stars in the world, so perhaps it’s not surprising that Black Adam is hoping to have an impressive first weekend.

According to THR, Black Adam is currently counting on $70-75 million in its first weekend in the domestic market. This would be slightly behind what Venom did in October 2018. This film has largely exceeded expectations on its way to an opening of $80 million.

In fact, Black Adam’s numbers should be seen as as good or even better than Venom’s, given that these are pre-pandemic numbers, and while we’ve seen some films perform very well after the pandemic, most films still deal with the box office being affected by the pandemic.

$75 million is a solid figure for a new weekend dedicated to the opening of a new superhero franchise. And, of course, the film will not be released for another couple of weeks, and since the marketing hype between now and the release is increasing, there is a chance that if the numbers change, they will most likely only grow compared to what they are now.

Black Adam is an interesting case when it comes to recent superhero films, because this genre is usually defined by characters, and viewers are looking forward to the appearance of a certain hero on the screen, and less attention is paid to who plays the role. In this case, Black Adam is not a character that is well known to the general public, so Dwayne Johnson’s star power will do its share of work to attract people to the theater.

The success of “Black Adam” is potentially of great importance to Warner Bros. and future DC movies. Initially, we expected Aquaman: The Lost Kingdoms and then Shazam!: Rage of the Gods to be released later this year, but now both films, as well as The Flash, are on the movie release calendar for 2023. Black Adam is the only DC movie coming out in recent years. the months of 2022, making it the last potential blockbuster for the studio this year.

Between Dwayne Johnson himself as Black Adam and the fact that the film will also introduce the Justice Society of America, the franchise possibilities for Black Adam are quite high. There are expectations that “Black Adam” and “Shazam” will someday intersect, and, of course, “Black Adam” as a separate franchise for Johnson is a high probability.