Cryptocurrency investors made significant gains thanks to the upward chart drawn by the market in October. The currencies of BTC and altcoin investors who invest in crypto currencies such as Bitcoin and Ethereum have gained almost 30 percent throughout the month.

Bitcoin (BTC) price spent the month of September largely in the range of $ 10k to $ 11k. BTC, which did not go out of this line at the beginning of October, entered the tenth month of the year at a price of 10 thousand 750 dollars. But Bitcoin; It had a very good October month when the stock and commodity markets were stagnant and closed the month above $ 13,800. BTC thus made the second best monthly closing in its history.

Most altcoins could not accompany this sharp rise in bitcoin price. Bitcoin dominance, which was 55 percent until a few months ago, has increased to 62 percent after the developments in October. While the total value of the crypto money market has increased to $ 400 billion, $ 250 billion of it came from Bitcoin. But this does not mean that altcoin investors make no profit at all.

Here is an overview of the month of October

Crypto currency analytics firm ICO Analytics shared a table today on the general situation of the market in October. The company has listed the leading cryptocurrencies in this table according to monthly price changes.

According to data compiled by ICO Analytics, the BTC price increased by 28 percent throughout the month, making it the most valued coin among major cryptocurrencies. It was accompanied by Litecoin with 20 percent, Bitcoin Cash with 15 percent, Chainlink with 14 percent and Ethereum with 7 percent. On the other hand, the change in XRP, BNB, DOT, BSV and ADA prices was negative. 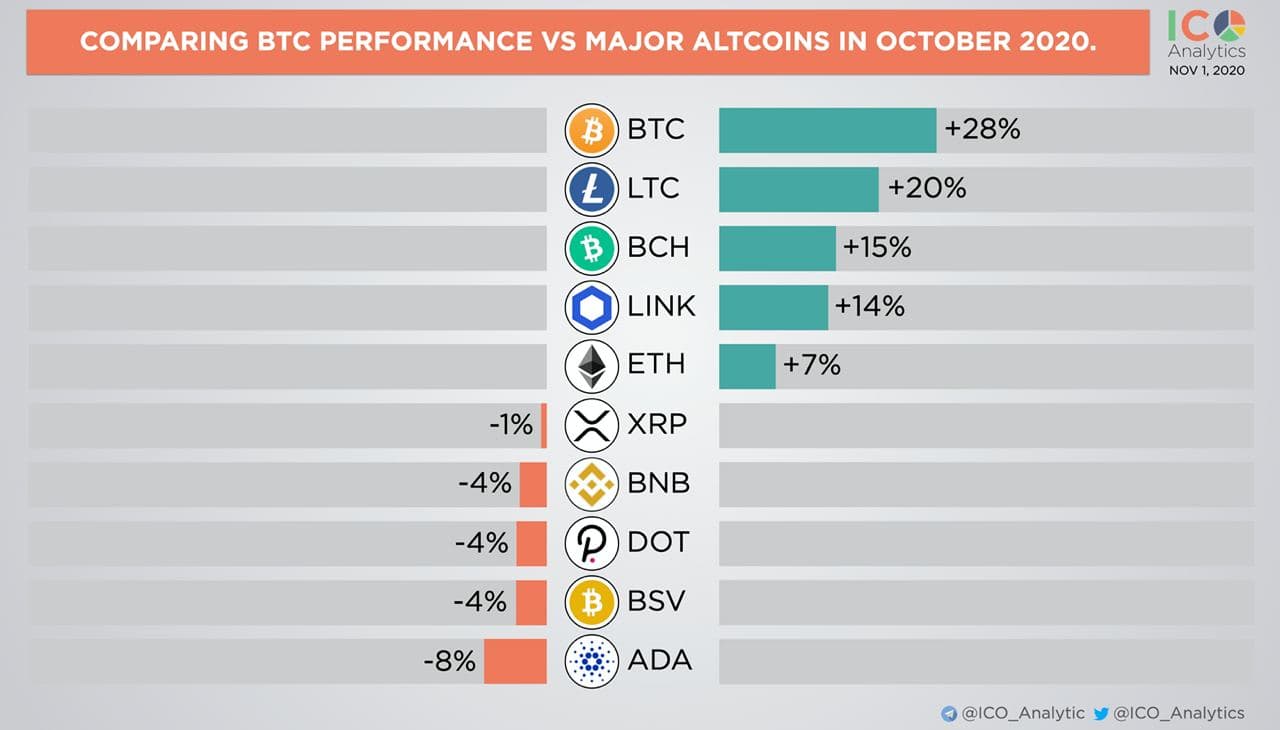 Samsung’s earnings are directly proportional to the Coronavirus

SEHUN BREAKS IN PLAIN IN EXO CONCERT FOR THIS REASON

GoPro will reward users with up to $ 1 million

Guille admits that he should not take Franco 2006 Germany

What are angelic portals and what are they for?