Home Entertainment How much are BTS concert tickets in 2022? Cheaper than you might... 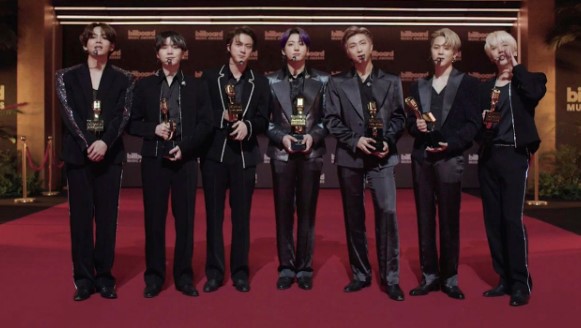 BTS fans, your moment has come. The ultra-popular K-Pop group arrives at Allegiant Stadium in Las Vegas for four large-scale concerts as part of its current “Permission To Dance On Stage” tour on April 8-9 and 15-16.

The time is approaching for their upcoming concerts in Sin City, and tickets are being sold at surprisingly low prices for a well-known band that is notorious for collecting a lot of money from concert-goers.

To give you a more detailed idea of what’s available, we’ve compiled a list of all the cheapest seats we could find for all four shows.

Below are our conclusions.

(Note: the prices shown do not include fees added at checkout and may differ slightly from those you see when buying tickets; all prices were found at the time of publication and may fluctuate.)

The cheapest lower-level tickets: $198 on Ticketmaster.

If these prices are a little too high for you, you can also attend a live broadcast of all four MGM Grand Garden Arena concerts in Las Vegas.

Tickets to participate in the “Live Play” can be found on both StubHub and MegaSeats.

We recommend using TripAdvisor, ParkSleepFly or Expedia to book flights and hotels at the best prices.

If the hotel is not suitable for you, check out the rental options on AirBnb or VRBO. Prices vary depending on the dates and departure point. Finally, let’s not forget about all the festivities a few weeks before the concerts.

Until April 8, BTS has a vacation plan in Vegas.

Firstly, they will perform at the Grammys on April 3, and shortly after that they will open a pop-up shop on the theme of BTS in AREA15. The city is also ready for them.

While they are in town, 11 MGM resorts will be offering BTS themed rooms, and it has been announced that BTS music will also be played over the Bellagio fountains on certain days. You can’t give these concerts, but are you going to Vegas soon? You’re lucky.

In 2022, the self-proclaimed “World Capital of Entertainment” will host a number of mega-residences. We have listed the five largest ones below.