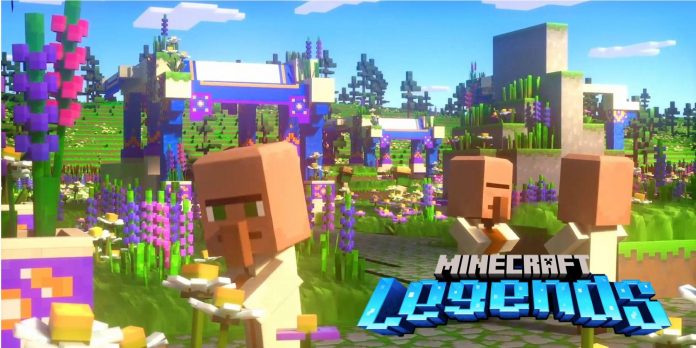 The upcoming Minecraft Legends is understandably attracting quite a lot of attention. An exciting new game takes the franchise into a whole new genre of real-time strategy, and many veteran fans are curious about how the game will work.

While Minecraft Legends will certainly strive to establish its unique identity, it should not shy away from the rich universe in which it is set. There are many basic game mechanics from the basic Minecraft game that are surprisingly well suited to the strategy genre and will only help Legends demonstrate the genre in a really fascinating manner.

The cycle of day and night in Minecraft

One of the most attractive and multilevel aspects of Minecraft that Legends can adopt is the iconic day and night cycle of the first and how it can interact with mobs on the player’s command as part of the upcoming strategy. Many of Minecraft’s iconic mobs only appear at night, and some of them die from sunlight the next morning.

In Minecraft Legends, players join forces with traditionally hostile mobs of the Upper World, such as creepers, zombies, skeletons and spiders, and it would be interesting to see how sunlight prohibits the use of some of these types of units. In basic Minecraft, zombies and skeletons cannot survive in the sun without using helmets, spiders move into a more docile state, and creepers are the only hostile mobs of the Upper World that remain relatively unaffected.

This would add a very interesting dynamic to Legends, in which the traditional safety of sunlight instead becomes an inherent disadvantage for the player. Zombies and skeletons might not be available for use in daytime missions, which required relying on attacking squads of villagers instead.

As shown in the Minecraft Legends trailer, the game will have many workarounds outside of combat, as well as open and extensive maps. Although this is currently unconfirmed, it would make sense if mining and collecting Minecraft resources were transferred to Legends, opening up a lot of opportunities that could affect the gameplay.

Collecting resources in Legends can play a crucial role in confirming the construction of the base that the game boasts. Players could spend time collecting the right amount of certain material to create a fortress that could serve as a base of operations or a position that needed to be protected from the threat of invasion by piglins. A choice could then be made between a weaker but more accessible material, such as wood, and much more durable but difficult-to-assemble blocks, such as stone.

The rarity of Minecraft weapons and equipment

In the same spirit of collecting resources is the collection of various materials for the manufacture of the best weapons and armor, which is the basic principle of the classic and successful Minecraft formula. The player can create different levels of weapons and armor and distribute them among different types of units at the player’s disposal.

The trailer also revealed that the player will eventually lead his army to the Underworld to strike at the very heart of the Piglins. The Nether World is now home to one of the most durable materials in the game, called nezerite, opening up a late-game resource that should be scarce but extremely useful for creating the perfect gear. While the strategy genre is a completely new step for Minecraft, the basic formula that made the original game so successful clearly has many features that can be transferred into the new experience that is Minecraft Legends.

Minecraft Legends will be released in 2023 for PC, PS4, PS5, Switch, Xbox One and Xbox Series X/S.