Home Entertainment How Marvel’s Spider-Man 2 Trophy List Could Be More Interesting Than The... 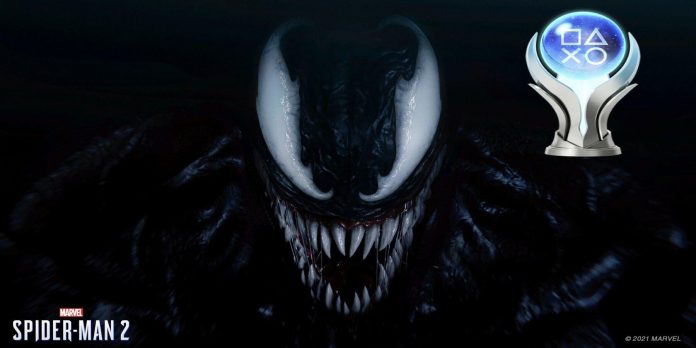 Although it will be some time before players find out which challenges will be featured in Marvel’s Spider-Man 2 trophy list, it would be great to see that the challenges presented in it will be a little more diverse and interesting. Many fans will probably be more focused on possible villain appearances in Marvel’s Spider-Man 2, as well as theories about how Insomniac will use its two heroes, but one area where it would be nice to see some improvements is the trophy list.

While the trophy list from the original Marvel’s Spider-Man was by no means bad, it was a bit simple, which made it easy to get platinum, which didn’t have any major problems. The game followed the usual formula of PlayStation exclusives, including a trophy list in which players were asked to do little more than achieve 100% completion. In the sequel, Insomniac should add a number of creative trophies and various tasks for players.

Many of Marvel’s Spider-Man trophies were directly related to completing story missions and side-actions with simple goals, such as completing districts and unlocking each costume. While it makes sense to focus some trophies on full completion, Insomniac Games leaned too far in that direction with the trophy list in the first game. So, it would be ideal to stick with just the county completion trophies instead of a lot of trophies for completing collectible sets and additional content. This way there will be a lot more room for unique achievements.

Some costume-related tasks can be very funny, and given how extensive the costume line was, there are many opportunities for fun tasks. For example, if Marvel’s Spider-Man 2 adds a Devil Spider costume to Peter or Miles’ arsenal, players will be able to get a Daredevil-inspired task, such as stopping 3 random crimes in Hell’s Kitchen by wearing a costume. The name of the trophy can also be a funny reference to the hero: “A man without fear” or “The Devil of Hell’s Kitchen”. Gamers can also be tasked with knocking out a certain number of enemies using certain suit abilities, forcing them to play with the entire Spider arsenal instead of sticking to a single power like Web Blossom.

It would be interesting to see other trophies related to Easter eggs in the list. The trophy “With Great Power” from the first game, in which players had to visit Uncle Ben’s grave, was remembered and became an excellent final trophy for many fans of the wall crawler. Perching on top of the Avengers Tower was another interesting trophy to collect. As Insomniac Games infuses its version of New York with references to the wider Marvel universe, the developer must get players to see all of his hard work by asking them to pose outside the Sanctum Sanctorum, Nelson and Murdoch’s office, and so on. The task of players to visit several Marvel attractions in a certain time can be one of the ways to get a trophy, since the race rewards players who have mastered the passage of the game and know the map well.

Along with costume-related challenges and a greater focus on Easter egg-related trophies, Insomniac should give players some more challenging combat challenges to work on. The 100x combo in the Spider-Man: Miles Morales spin-off game was an important step in the right direction, so another combo-oriented task would be desirable. In addition, replacing trophies such as the “Perfectly Dodge 10 Attacks” task in the first game with something like “Perfectly Dodge 10 attacks in a row” will lead to a more interesting achievement. While having a simple list that opens naturally isn’t necessarily a bad thing, it has become all too common for major PlayStation exclusives.

Insomniac’s first shot at the trophy list for Marvel’s Spider-Man series had its strengths, such as the lack of trophies to skip and the lack of difficulty-related challenges that required multiple playthroughs. However, it was too easy: the combat tasks required almost no effort, and the trophies associated with completion were too boring. In the next game, Insomniac should provide more interesting challenges comparable to reaching the top of the Avengers Tower, as well as proper challenges such as reaching 100 combos. Costume-related goals that reference certain characters or ask players to use their unique abilities in a clever way will also be welcome. Ultimately, while many may not care about a more diverse trophy list, those who do will surely appreciate a lineup that will shake things up a bit.

Morbius Delays Its Premiere For A Week In Spain