Home Celebrity How many times has the name of the hospital changed? 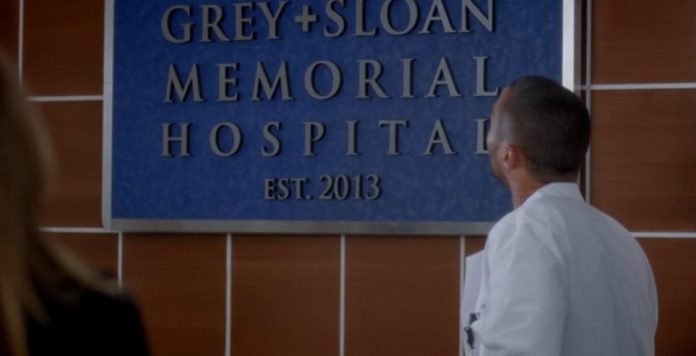 The popular ABC series Grey’s Anatomy is centered around Seattle Grace Hospital, but during its 17 seasons the hospital has changed its name a few times and these are the names it has gone by.

The Grey’s Anatomy series was created by Shonda Rhimes, debuting on ABC in 2005, which has taken an unstoppable momentum and has no plans to stop at any time due to its great success.

The series has certainly had its ups and downs with its characters, surgical doctors, residents, and assistants, both in their professional and personal lives within the series. It is true that all the doctors and several main nurses in the series have taken them to other states in the country and hospitals, but the main setting is Seattle Grace Hospital.

Seattle Grace Hospital has seen many excellent doctors, plus all kinds of stories through all the patients that come in. But the funny thing is the different names it has had in the course of the 16 seasons. You are with the reasons.

When Owen Hunt (Kevin McKidd) was appointed Chief of Traumatology, the hospital went through financial difficulties, which is why it merged with Mercy West Medical Center. Being renamed Seattle Grace Mercy West Hospital. Under this new name, many staff members were laid off, including Izzie Stevens (Katherine Heigl).

After the shooting in which more than 11 people were killed and seven others injured by a man who had lost his wife, the hospital went bankrupt and was bought by the Harper Avery Foundation, calling it Gray Sloan Memorial Hospital. .

This new board of directors was made up of plane crash survivors Meredith (Ellen Pompeo), Cristina (Sandra Oh), Arizona (Jessica Chapshaw) and Derek (Patrick Dempsey), as well as Callie and Jack. It was named after the two doctors who died in the plane crash: Lexie Gray and Mark Sloan in season 16.

Now the main hospital where most of the stories in the series are centered and occur, is called, Gray Sloan Memorial Hospital. So far there are no signs that indicate another change, we will have to wait next season to see if it gets changed again.

Lucifer season 5: Lauren German weighs on the future of Chloe