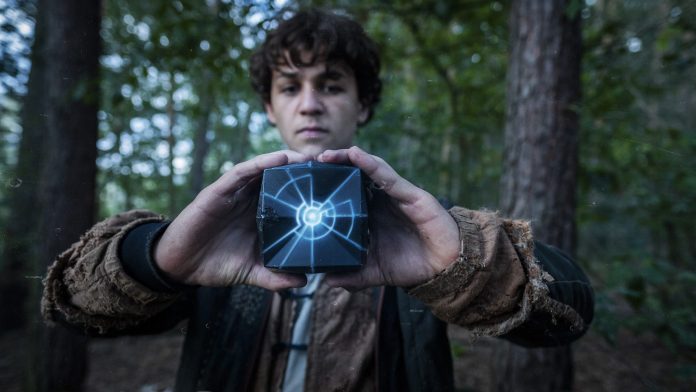 On February 19, the streaming platform Netflix brought to fan screens the new series produced by the creators of Dark, Tribes of Europe.

Tribes de Europa, is a science fiction series of German origin that follows three brothers who were separated after an accident that brought consequences, when an Atlantean pilot crashed near the Origine village.

Netflix’s new production is causing a sensation among fans of dystopian series, and currently ranks second in the ranking of most viewed in just a few days after its launch.

Tribes de Europa, is a post-apocalyptic drama set in the year 2074 after a global catastrophe divided Europe into a multitude of microstates fighting each other to dominate others.

According to the plot, three brothers, Kiano (Emilio Sakraya), Liv (Henriette Confurius) and Elja (David Ali Rashed), will find themselves at the center of the conflict after finding themselves in possession of a mysterious cube.

The series has just premiered on Netflix and fans are wondering if there will be a second season of the drama. Although the streaming platform has not officially spoken, co-creator Philip Koch told German media Dwdl that a season is in the works.

The Tribes of Europe showrunner also revealed that the series could expand the story “over eight or nine seasons.” Despite the fact that the drama is in the second place among the most watched, it would be prudent to wait if the success of the first 6 episodes maintains the same trend in the coming days, which will affect the decision to renew it or not.

How will Iris be used as Barry’s lightning rod?

Living in the Community Subject to Unorthodox, Frieda Vizel Claims that...