Home Entertainment How many Pym particles were used in the endgame (is this a... 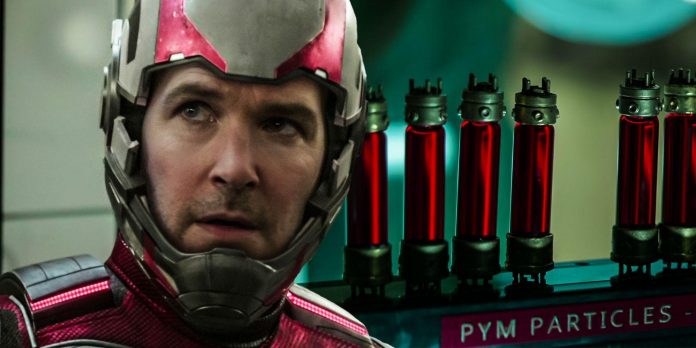 Pym Particles have become one of the most important elements in the Marvel Cinematic Universe, and they were key in the Avengers’ plan to undo Thanos’ snap in Avengers: Endgame as they made the Time Heist possible – however, the way Pym Particles were used, stolen, and distributed in Endgame made way for many questions on how many of them were actually needed, possibly creating a plot hole. The MCU reached its peak with Avengers: Infinity War and Avengers: Endgame, which saw Thanos finally acquiring the Infinity Gauntlet and the Infinity Stones and wiping out half of life in the universe, with the surviving heroes undoing this in Endgame.

When Scott Lang/Ant-Man (Paul Rudd) escaped from the Quantum Realm with the help of a rat and learned what had happened in the last five years, he met the surviving MCU heroes and explained to them that they could travel back in time through the Quantum Realm, all this with the help of Pym Particles. As the creator of the particles, Hank Pym (Michael Douglas), vanished as a result of the snap, the Avengers had a very limited supply of Pym Particles, which allowed them to go back in time, take the Infinity Stones before Thanos did, and return… except for Iron Man (Robert Downey Jr.) and Captain America (Chris Evans), who had to make an extra trip to the 1970s.

As part of the Time Heist, Bruce Banner/Smart Hulk (Mark Ruffalo), Scott, Steve, and Tony traveled back to 2012 New York City to get the Mind Stone (contained in the scepter) and the Space Stone (contained in the Tesseract), but they failed to get the latter and Loki (Tom Hiddleston) escaped with it. This led Tony and Steve to make a last-minute decision: travel to Camp Leigh in 1970 to get the Tesseract and more Pym Particles to get back to their present, as the particles they had been given only gave them one trip. Meanwhile, in 2014, Nebula was captured by Thanos and her past self took her dose of Pym Particles, which made it possible for Thanos and his armies to travel to the main timeline’s 2023. This somewhat free use of the Pym Particles left many questions and some potential plot holes, as it’s not revealed how many particles were used and how these were replicated.

When Scott Lang and Bruce Banner were preparing for a test trip with the suits and the Pym Particles Scott had, he made it very clear to Bruce that he had to be careful with the vial as they had a very limited amount. Scott explained that they had enough for one round trip each and two test runs, meaning they had Pym Particles for a total of 22 trips, as the Time Heist team was formed by 10 characters (Bruce, Scott, Steve, Tony, Thor, Rocket Raccoon, Nebula, Clint Barton, Natasha Romanoff, and Rhodey) and they were going to make two jumps each, plus the two test trips. As Natasha sacrificed herself in Vormir to get the Soul Stone, that left one unused trip, and Nebula’s dose to return to 2023 was stolen by Thanos.

How Many Pym Particles Captain America Took From The 1970s

With all that in mind, Steve and Tony had to come up with a quick plan when Loki escaped with the Tesseract in 2012 as they only had one more jump, and the best solution was to use it to go back to 1970 to get the Tesseract and more Pym Particles. Hank Pym created the particles in the 1960s and by 1970 he was working as an enhanced operative for S.H.I.E.L.D, so Tony and Steve knew there would be Pym Particles they could take. While Tony looked for the Tesseract, Steve went for the Pym Particles, and he took four vials with him: two for him and Tony to go back to 2023, and two more for an unknown reason at that moment.

How Many Pym Particles Did Ant-Man Use During Endgame?

The use of Pym Particles in Avengers: Endgame gets trickier and more confusing during the Battle of Earth, where Ant-Man went full Giant-Man and back to his size a couple of times during the fight. The MCU established that what gives Ant-Man his powers are Pym Particles, but if they had a limited supply in Endgame, it doesn’t make sense that he could use his powers so freely if he didn’t have enough particles. It’s possible that one of the vials Steve took from 1970 was used by Ant-Man during the Battle of Earth, and going giant size and back requires fewer particles than going subatomic to enter the Quantum Realm and travel back in time, allowing Scott to use his powers during the MCU’s biggest battle to date.

Related: Every Avenger Who Is Still Active As A Superhero After Endgame

How Thanos Created His Own Pym Particles In Endgame

Another big question Avengers: Endgame left related to Pym Particles is how Thanos was able to bring his whole army to 2023 with the amount Nebula had, which was what she needed to return. When 2014 Thanos caught 2023 Nebula, her past self stole her dose of Pym Particles and gave them to her father, who then used them to travel to 2023 with his armies to take the Infinity Stones from the Avengers. The amount of Pym Particles would have been enough for Thanos alone to travel to 2023, but past-Nebula did so, and then she used the time machine to bring her father and company to 2023, but she would have still needed more particles for that. Speaking to the Chinese-language website QQ (via Looper), Joe Russo explained that, as Ebony Maw was “a great wizard” and Thanos was a genius, they replicated the particles so they could all arrive in 2023 and fight the heroes of the MCU.

Another big mystery around the Pym Particles used in Avengers: Endgame is how many Captain America needed to return the Infinity Stones to their respective points in time and where he got them from. If he gave one of the vials he took from 1970 to Ant-Man so he could fight in the Battle of Earth, that would have left him with one vial, and as there were six Stones, he would have had to do seven trips, including the one that would have brought him back to 2023. One vial wouldn’t have been enough, so the simplest explanation would be that, with Hank Pym (and half the universe) back by then, he provided the remaining Avengers with enough Pym Particles to complete that final time-travel mission.

Where Did All Of Avengers: Endgame’s Pym Particles Keep Coming From?

Avengers: Endgame left many questions about Pym Particles and how the characters kept getting them if Hank Pym was gone, but most of these questions can now be answered in some way, though not all have been confirmed by Marvel. The first dose of Pym Particles came from the ones Hank Pym had stored before he vanished, the second batch were the ones stolen by Captain America in 1970 of which one vial might have been used by Ant-Man during the Battle of Earth, Ebony Maw and Thanos replicated them in 2014, and the ones Captain America used to return the Infinity Stones were surely provided by Hank Pym. It’s unlikely Marvel will solve the remaining questions about Pym Particles in Avengers: Endgame, but these will continue to be very important in the MCU as Ant-Man, Wasp, Pym, and Janet will return in Ant-Man and the Wasp: Quantumania.

Rare Kept Pirates Of The Caribbean A Secret In Sea of...