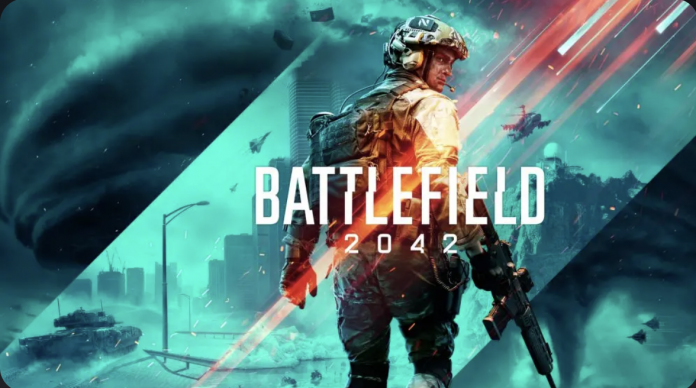 Rumors that came true
A few hours ago, GamesBeat journalist Jeff Grubb indicated that another major video game delay was approaching. Immediately his followers began to theorize what title it would be, with Halo: Infinite and Battlefield 2042 as the most likely candidates.

Sadly, one of his predictions came true. Battlefield’s official Twitter account shared that DICE’s long-awaited new title would no longer arrive this October as planned and that it will have a new release date instead. But do not fear that the wait will not be so long.

When will we see Battlefield 2042?

The new Battlefield would arrive on Xbox, PS4, PS5 and PC consoles on October 22. However, it has suffered a delay and will now arrive on November 19 of this year, according to the DICE statement. It would only be a month of waiting, if COVID does not continue to do its thing.

In the statement, DICE reports that it has been very difficult to develop Battlefield 2042 in the midst of a pandemic. Although they hoped that, by this time, the team would already be back to normal, this has not been the case. Because of this and because they feel that their team is trying hard from home, they decided to delay it. 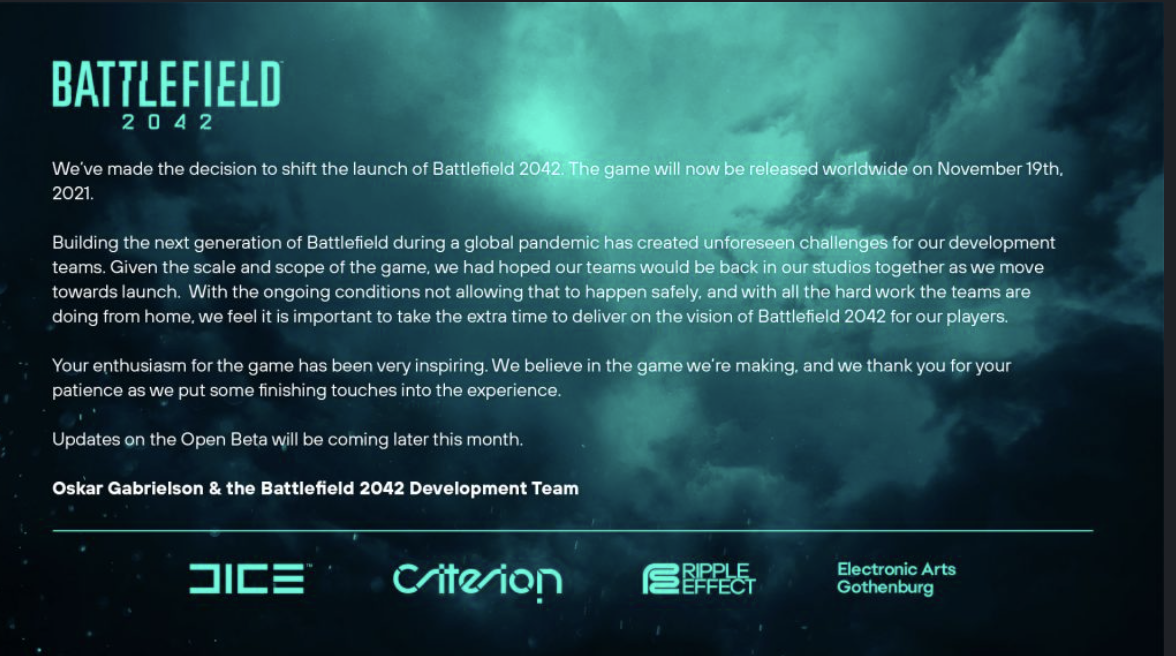 They also indicate that due to the scale and vision they have for Battlefield 2042, it is important that they take the time to deliver it to players just as they envisioned it. At the end of the statement, they indicate that in the remainder of the month, they will share more information about their open beta.

This news comes just in what appears to be a week of delay announcements. Techland recently announced the delay of Dying Light 2 and now we have this news from Battlefield 2042. Hopefully this is the last time we have news like this in the remainder of the year, if not, we will no longer have new games from October until 2022 .