Home Sport How Manchester United should line up vs Liverpool FC in Premier League... 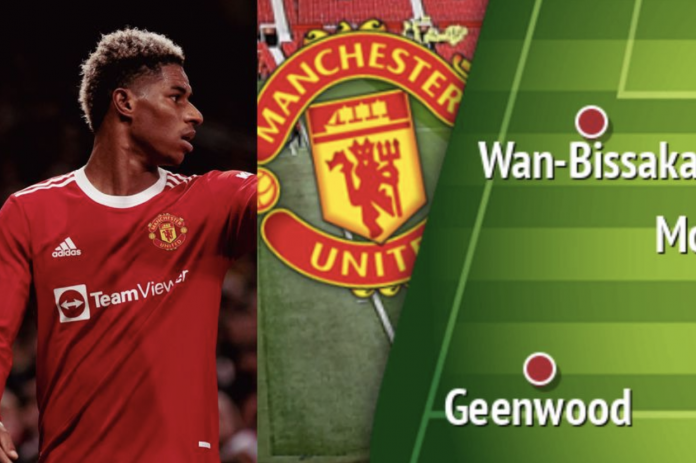 Manchester United will be hoping for another big performance when they host fierce rivals Liverpool in the Premier League fixture this weekend.

Ole Gunnar Solskjaer’s side have only won one of their last four league matches but go into the game on the back of a dramatic late victory against Atalanta in the Champions League during midweek.

United have won just one of their last 10 Premier League meetings with Liverpool (D6 L3), losing this exact fixture 4-2 last season, though they did defeat Jurgen Klopp’s side in the FA Cup earlier this year.

This is how United writers think United should line up.

There is every chance Solskjaer will go with the same side as in midweek but there are a couple of areas where change is advisable.

United cannot really change their back five, despite the soft centre. Eric Bailly, furnished with a new contract earlier this year, has not had a kick in the league or in Europe and should no longer be at the club.

Scott McTominay did little against Atalanta and Nemanja Matic is the defensive midfield expert. United could do with an out-and-out winger to run at Andy Robertson, which is why Jadon Sancho gets the nod.

United need an emphatic response from their midweek display against Atalanta but it doesn’t necessarily mean they need to make any changes from the side which started the game.

David De Gea is the only option in goal after another important performance and his defensive cover picks itself given star signing Varane is still not fit enough for selection.

Fred and McTominay are not always a popular choice but their selection would make sense against the Liverpool midfield with Fernandes a luxury worth carrying after his erratic performance in midweek. 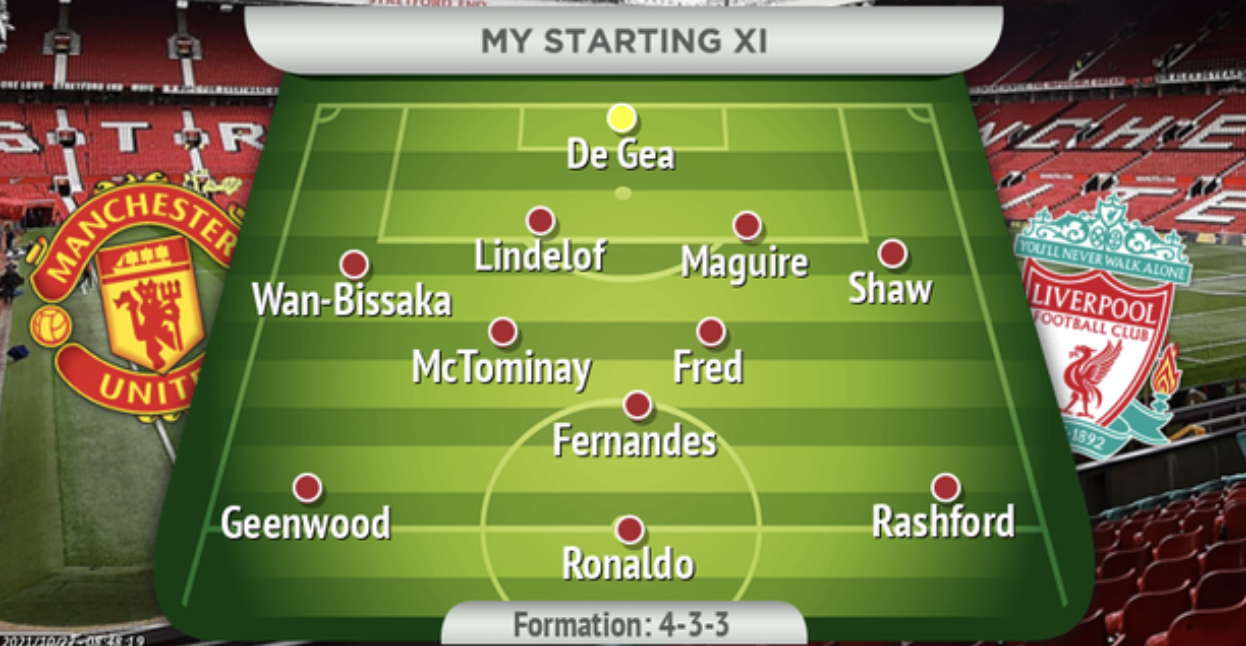 United might not end up making any changes from the side which started vs Atalanta
There is argument to start Edison Cavani given his energy in attack, but a front three of Marcus Rashford, Mason Greenwood and Cristiano Ronaldo looks to give the best balance with the trio all playing in their preferred roles from the beginning.

As unpopular as they may be with some fans, the energy of McTominay and Fred will be key against Liverpool, to protect the vulnerable pairing of Harry Maguire and Victor Lindelof. They give United something, with their energy, that none of their other midfielders provide. 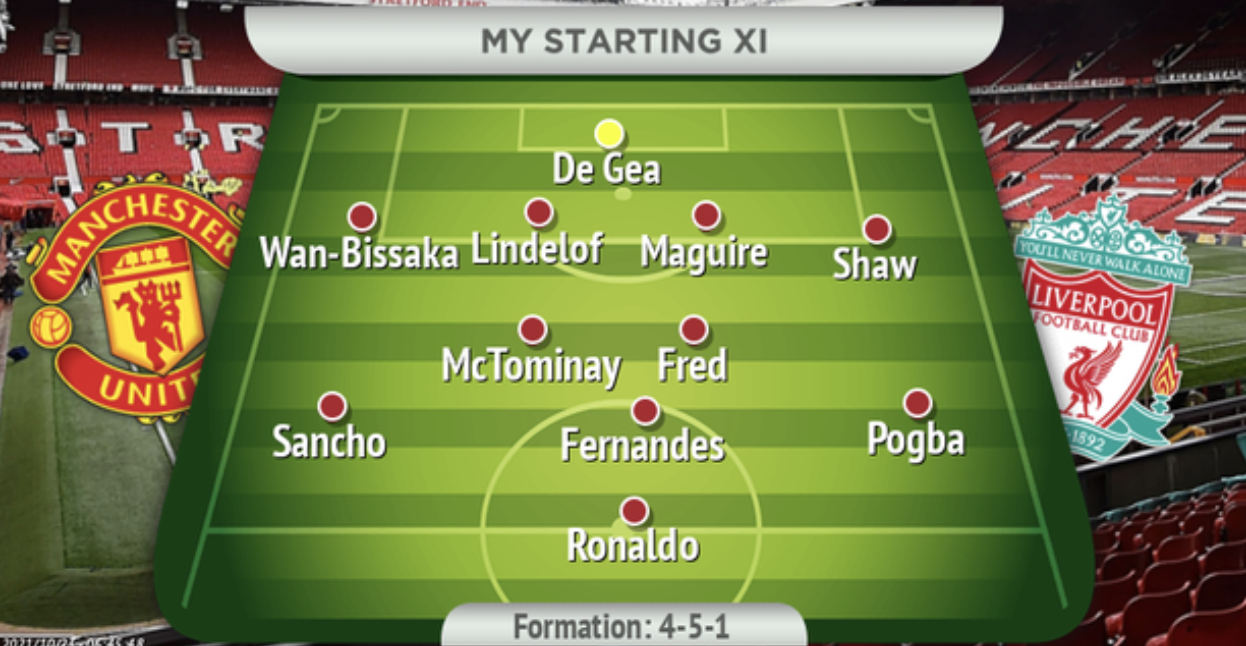 Bruno Fernandes and Ronaldo pick themselves, and Pogba might be the man to play out wide, with Rashford surely not ready for two starts in the space of three or four days.

Greenwood is the man for Sancho to displace on the right flank, but the ex Dortmund man might be United’s best pacy outlet to play on the break. Solskjaer must ask plenty of Ronaldo to begin the press and spearhead the counter-attack.