Home Entertainment How long will the Fire 7 tablet (2022) receive updates? 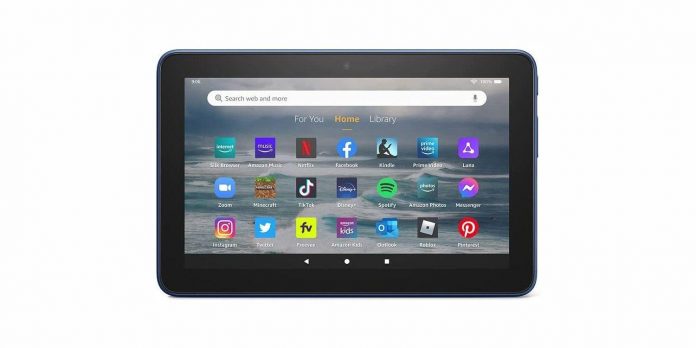 The Fire 7 tablet (2022) was released in May 2022 as Amazon’s newest budget tablet, and potential buyers may want to check out how many updates it gets. The new Fire 7 tablet has several improvements over its 2019 predecessor, including an improved chipset, USB-C port charging, and increased battery life.

Amazon’s operating system is not the only difference. Its software update policy is also different from that of other manufacturers. Unlike other brands that announce how many OS updates and years of security updates their devices will receive, sometimes even using this to promote a product, Amazon is following a different course. According to the official help page, Amazon says that its Fire tablets will receive software security updates for at least four years after the device ceases to be sold on this platform.

This means that if a Fire tablet such as the Fire 7 tablet (2022) was last sold on Amazon’s website in May 2024, it will receive security updates for at least four years after that, which means updates until at least 2028. However, at this point on the page The help says that the Fire 7 tablet will receive updates until at least 2026, since 2022 (the year of its release) is still the last sale date on Amazon.

Amazon doesn’t mention OS updates for the tablet, and that shouldn’t come as a surprise given the Fire OS release cycle. Prior to the announcement of Fire OS 8 in May 2022, the latest release was Fire OS 7 (based on Android 8 and Android 9) in 2018. Although there was a four-year hiatus between OS updates, Fire OS 7 was released a year after Fire OS 6. There doesn’t seem to be a clear pattern in the Amazon Fire OS release cycle, so it’s hard to say when Fire OS 9 will be launched.

Also, when Amazon releases a new version, it usually doesn’t tell if previous devices will be updated to the latest version of the software. For example, Amazon has not yet announced whether the 2020 Fire tablets will be upgraded to Fire OS 8, which will bring a number of new features, including dark mode. Therefore, it is better for buyers of the Fire 7 tablet (2022) not to expect an OS update.

Mass Effect 3, The Linear Evolution To The Most Devastating Narrative