Home Entertainment How long will it take to complete all the games coming out... 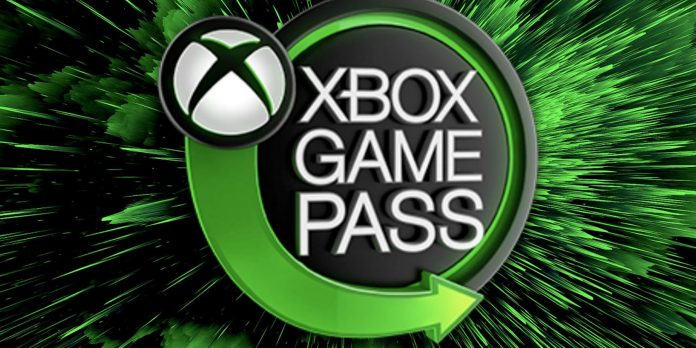 Since its creation more than five years ago, Xbox Game Pass subscribers have very rarely encountered difficulties in concluding a deal. Xbox Game Pass is constantly updating its library so that subscribers have access to many high-quality games, including the Halo and Gears of War catalogs, as well as Forza Horizon 5, to name just a few. However, this month gamers lose 11 games from the service, and in return receive only eight new games. However, even more instructive than the number of games leaving the service is that it corresponds to hours of gameplay.

Titles leaving the service this month include Bug Fables: The Everlasting Sapling and Final Fantasy 13, both of which offer hours of content for gamers, especially those looking for additional content for all games and additional challenges. For gamers who just want to see the titles, the total amount of content they will lose in 11 games is approximately 155 hours. Those who want to see everything that games have to offer can count on the fact that on September 15, when games say goodbye to the Xbox Game Pass, they will lose about 300 hours of content.

We analyze the games leaving the Xbox Game Pass this month

In terms of game hours, the biggest loss to date is the extensive JRPG Final Fantasy 13. Final Fantasy titles are usually huge, and this one is no exception. Players will spend approximately 50 hours completing the main game, and this is without taking into account any additional content. Usually, the side content of Final Fantasy contains some of the best challenges, and gamers are unlikely to want to miss it. When completing all the additional content of the game, players can expect to spend more than 100 hours in Final Fantasy 13. It’s an incredible amount of gameplay that will soon be lost, not to mention that this was the last major Final Fantasy game that was available on Xbox Game Pass.

The next big game we’re about to leave is Bug Fables: The Everlasting Sapling. With the main campaign lasting 25 hours, the turn-based indie RPG proved to be a hit among critics and fans thanks to its attractive art style and simple gameplay. For those who want to explore the game more deeply, there are about 50 hours of content, which is not so bad for an indie game.

The main game that leaves the service is the stealth game A Plague Tale: Innocence. Since its release, the game has become a cult, and now gamers are looking forward to the sequel, A Plague Tale: Requiem, which is confirmed to be a first-day release for Xbox Game Pass subscribers when it comes out next month. However, in terms of game hours, the game is a bit shorter: the campaign takes only about 10-15 hours, including all the additional content.

Aragami 2 is also among those that are leaving. The stealth sequel to Aragami is a much longer game than its predecessor: it takes about 15 hours to complete the campaign, but it can easily double if gamers are looking for additional additions. The subscription service is also losing Craftopia, a popular online survival game that contains approximately 25 hours of content in terms of achieving all of its goals. However, it’s worth noting that since this is basically a multiplayer game, the actual hours a player can spend in it can be significantly longer.

Completing the list of dropped out are many small indie games. Flynn: Son of Crimson and I Am Fish contain about 20 hours of content if gamers want to explore them completely. The duration of Lost Words: Beyond The Page and Skatebird is approximately 15 hours combined. The two smallest remaining games, The Artful Escape and Mighty Goose, should take gamers less than 10 hours to complete them completely.

However, this is not all bad news. This month, Xbox Game Pass subscribers will receive eight new games, including five first-day releases. Despite this, gamers may still lose more games on September 30, not to mention the coming months, as the Xbox Game Pass service continues to change its offerings.

Zelda Breath of the Wild: Fan Turns Link Into a Fallen...