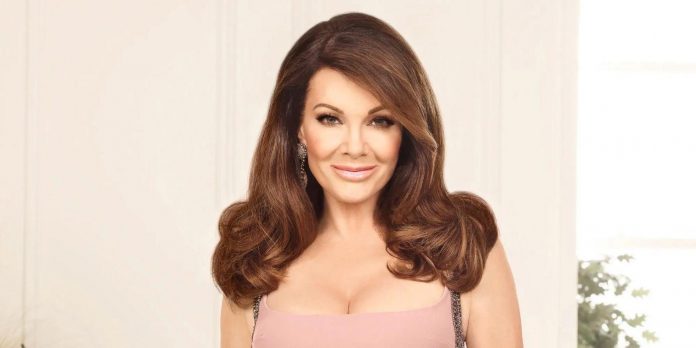 During a recent episode of The Real Housewives of Beverly Hills, Garcel Beauvais mentioned the name of former cast member Lisa Vanderpump, and other ladies reacted violently when they heard it. Lisa was OG RHOBH and was arguably one of the biggest stars of the show before her sudden departure during season 9. – the stars accuse her of leaking information to the press. Lisa categorically denied this, and when she felt that she was being attacked, she left RHOBH in the middle of the season and refused to show up for the reunion.

After Lisa’s dramatic departure from RHOBH, her friendship with Kyle Richards, Erica Jane, Dorit Kemsley and Lisa Rinna never recovered. Garcel, who joined during the 10th season of RHOBH, missed the entire Puppygate drama and never met Lisa in the series. However, they became friends in 2021 during Lisa’s event at her TomTom bar. Garcel casually mentioned that her son Oliver was looking for a job, and Lisa invited him to work for her at her new restaurant in Las Vegas, strengthening their new bond.

For more than three seasons, Lisa has become the one who cannot be called by name in RHOBH. However, in a recent episode, Garcel told other housewives that Oliver had found a great job for someone they knew. When they asked who it was, Garcel announced: “Lisa Vanderpump.” Rinna screamed, “WHAT?!” and then abruptly lay down on the floor. Dorit continued to tell Garcel the best route home, which led “to the mountains.” Erica commented dryly: “I’ll pick up my Lexapro.”

A fan of RHOBH Madam Housewives commented on Twitter: “You know LVP had an impact when these little girls are still bothered by her name 3 seasons after she left.” Michelle agreed, writing: “LVP lives for free in their heads…”. Many fans believe that LVP was the reigning queen of RHOBH, and want her to return to the show. Others think that Lisa will never return as an actor after her co-stars turned away from her as a group, and will only return if most of the cast leaves. RHOBH fans are tired of the other remaining OG, Kyle, who is accused of being fake and using others for her storyline. They would love it if Kyle left and Lisa returned to RHOBH.

It is very unlikely that Lisa will return as a housewife, especially with her numerous other projects. Despite rumors of the cancellation of Vanderpump Rules, Bravo has confirmed the 10th season. Lisa is also busy with her restaurant SUR and PUMP, as well as TomTom, which she owns together with Tom Sandoval and Tom Schwartz from VPR. However, fans can’t forget the influence that Fox had on RHOBH, and it seems that the current stars can’t stop talking about her either.

Twitter Blue: Paid Version Starts To Be launched In The First...