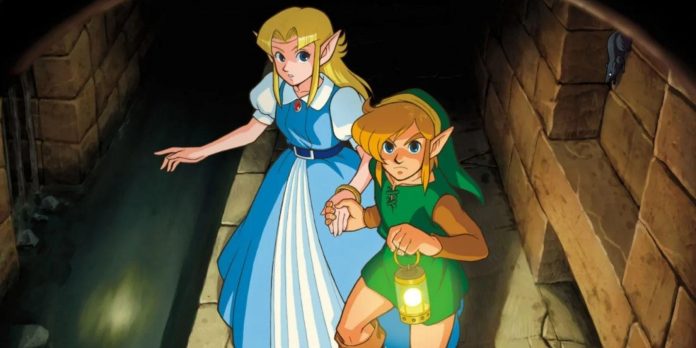 The Legend of Zelda tends to keep a few elements consistent between almost every entry, and two of those are its main characters. While Ganondorf comes and goes, Link and Zelda are in almost every game. As the hero chosen by the Triforce and the goddess Hylia’s avatar, Link and Zelda tend to cross paths one way or another. Given that Link is usually silent, their relationship is typically defined by how Zelda acts towards Link. The Legend of Zelda would be a lesser franchise without the two of them serving as a strong touchstone for the forces of good.

Over the many years that Link and Zelda have fought together, they’ve had plenty of different relationships. Some versions of the duo barely knew each other, and simply met because doing so was the method of saving the land. Others had prolonged relationships before their game even took place, inspiring a deep friendship and even romance. And sometimes, Zelda even gets the chance to help Link directly in his battles. Many games have combinations of two or all three relationships, and they can dramatically affect the tone and writing style of a given Zelda game.

RELATED: The Legend of Zelda Tier List for Every Version of Link

The Hero and The Damsel

Unfortunately for Zelda, she has spent a significant amount of the series indisposed. The titular character of The Legend of Zelda is consistently less important than Link, and has been taken captive or otherwise subdued countless times. At her worst, Zelda spends entire games in captivity or suffering from a curse, and barely interacts with Link at all. The early games were especially bad about this, but later entries light on plot mixed it in from time to time.

The Legend of Zelda and Zelda 2: The Adventure of Link, being as simple as they were, had next to no interaction between Link and Zelda. Rescuing the princess was practically a side effect of completing Link’s main goal in the first game. At least the Famicom Choose Your Own Adventure gamebook The Legend of Zelda: Battle of Mirage Castle showed that after the first game, Zelda and Link went on an adventure together and fell in love.

Rendering Zelda as a damsel in distress is a common trope that the rest of the Zelda series makes liberal use of. A Link to the Past, both Oracle games, and A Link Between Worlds all see Zelda captured, and in A Link to the Past it happens twice. Zelda is an old friend of Link in Four Swords and Four Swords Adventures, but she is ultimately captured for their duration, and the pair don’t interact in a meaningful way. Zelda also spends almost the entirety of Twilight Princess under house arrest, allowing Midna to fulfill the role of Link’s close companion with Ilia as his implied love interest. Apart from Twilight Princess, it’s easy to identify the Legend of Zelda games with de-emphasized stories based on how much of a relationship even exists between Link and Zelda.

RELATED: The Legend Of Zelda: The Strongest Versions Of Zelda, Ranked

The Twilight Princess iteration of Zelda may not know Link very well, but she is far from sedentary. She gives Link her blessing when they first meet, and later heals a dying Midna at the cost of her life force. At the end of the game, Puppet Zelda is fought as a boss for the first and only time in the series, and the un-brainwashed princess joins Link on the battlefield during the horseback phase of the final fight. Even though Link is always portrayed as doing most of the heavy lifting, Zelda still provides magical support, and handles the Light Arrows in a couple Ganondorf fights. Twilight Princess is one, and The Wind Waker is another.

The Wind Waker also presents a different kind of antagonistic Zelda, that being the pirate captain Tetra. As Zelda’s reincarnation, Tetra is normally helpful towards Link, but her criminal background occasionally shows through and results in her crew getting in Link’s way. Her personality snaps over to Zelda’s softer demeanor during the back half of the game, but Tetra is back to being her fiery self once the princess has fulfilled her destiny. Link and Tetra’s companionship eventually results in the founding of a new Hyrule in Spirit Tracks, and that game’s Zelda is so headstrong that she is playable alongside Link. Even in moments where Zelda can’t risk fighting like in Ocarina of Time, she always tries to help Link in some way, with her Sheik persona delivering useful magic songs.

While Sheik is a memorable part of Ocarina of Time, one gets the impression that OoT’s Zelda hasn’t endeared herself to that Link much more than the other people on his journey, as evidenced with his departure in Majora’s Mask. Zelda’s most memorable appearances include games where she and Link are close and interact frequently. Wind Waker has shades of this, with Tetra gradually becoming more impressed by Link’s growing courage, and Spirit Tracks shows Link and Zelda growing closer over the course of a full adventure together. The opening to The Minish Cap also shows a fairly tight iteration of the couple.

However, that’s nothing compared to Skyward Sword and Breath of the Wild. The Link and Zelda’s in these games are both well acquainted with each other by the time they start, even if BotW Link has amnesia. The pair are childhood friends in Skyward Sword, with the strong implication that they are one confession away from being a couple. Zelda’s cheeky attitude and willingness to tease the more responsible Link shows how comfortable she is around him.

Meanwhile, Breath of the Wild’s Memories walk through Zelda’s journey of initial jealousy towards Link’s effortless conformity, to eventual acceptance and deeper feelings. There’s even a song written by Kass’ teacher that implies she’s in love with him. Coupled with Zelda’s active role in Breath of the Wild’s story, it’s no wonder why fans are hoping she can get plenty of screen time alongside Link in 2023’s new The Legend of Zelda game.