A chart shared by the cryptocurrency data platform Skew revealed the probability of Bitcoin being $ 20,000 by the end of 2020. The increase in the ratio compared to 1 month ago did not go unnoticed.

Skew, one of the leading cryptocurrency data analysis platforms, published a chart based on data from options markets. The chart created indicates that the Bitcoin price is likely to be $ 20,000 by the end of the year. According to the Skew chart, this ratio is now 25%. It is known that the same rate was between 3% and 4% about 1 month ago. 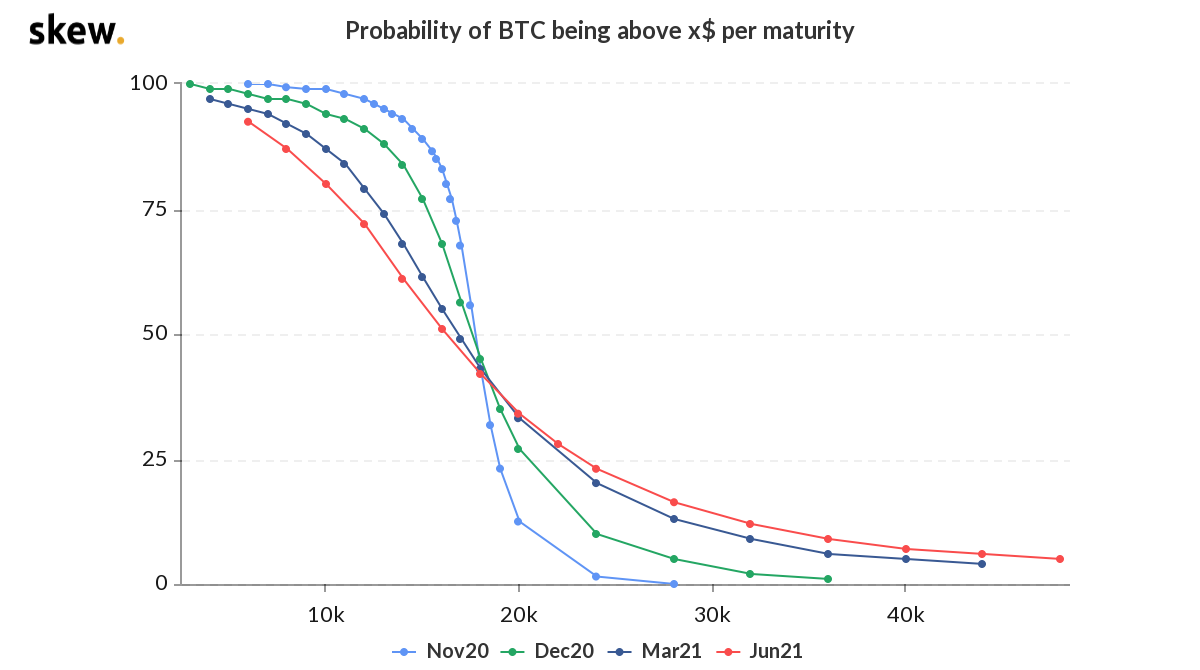 So how is this ratio calculated?

With this chart shared by Skew, the basis of the study on when the BTC price can see which number was also wondered. When Skew shared the chart on his Twitter account, he encountered questions about this. In fact, Skew’s own site has an article explaining how the proportions on the chart are calculated.

Skew emphasized that this calculated probability primarily depends on futures market data and many other parameters. He also shared the details for those concerned and gave the formula for anyone who wanted to make proofs. 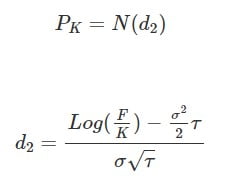 As Bitcoin manages to get out of both traditional markets and developments in the world, investors’ confidence in BTC also increases. Bitcoin’s resistance to the US presidential elections and then the news of the coronavirus vaccine has resulted in many assets swallowing dust in terms of performance.

Cameron Winklevoss, one of the Winklevoss brothers, one of the first Bitcoin billionaires, made a statement on Twitter that the Bitcoin train should not be missed. Cameron Winklevoss pointed out that although there are 46.8 million millionaires in the world, there are only 21 million Bitcoin. According to these numbers, the BTC supply, which is less than half the number of millionaires, shows that only some of these people can own 1 Bitcoin. Winklevoss warned of these facts: Don’t miss the revolution.

I've said this before but it bears repeating. There are 46.8 million millionaires in the world. There are only 21 million #Bitcoin — less than half will ever be able to own 1 bitcoin. Don't miss the revolution.

JENNIE ACHIEVED BREAKING A NEW RECORD IN YOUTUBE THANKS TO ‘SOLO’

Where is the direction of Bitcoin price showing?

Advantages of Samsung’s UTG Screen to be Used on Galaxy Z...

What is HughesNet: meet the satellite internet company