Home Entertainment How Layers of Fears differs from its predecessors 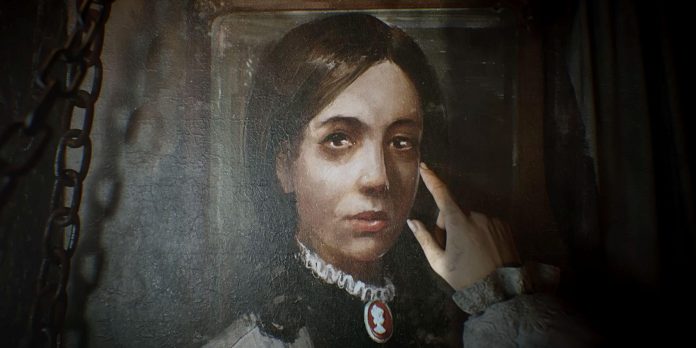 The Layers of Fear titles are described as “psychedelic horror” games for the ways they distort the player’s perceptions throughout their playthrough. The two games in the series were lauded for how well they handled their unhinged narratives and environmental storytelling.

Thus, fans of the franchise were pleased to see that the developer had plans for a new entry. Revealed during the Summer Games Fest 2022, Layers of Fears (note the “s” at the end) is set to be released early next year. According to its description on Steam, the upcoming title will be “a new game built upon the foundations” of preceding Layers of Fear games. Players can think of the new release as a bundled remake, so it is worth comparing it to the original iterations of the series.

Technical Improvements to Layers of Fear

The Layers of Fear games will be remade in Unreal Engine 5, meaning better graphics. In fact, the Steam description says that Layers of Fears will support Ray Tracing, HDR effect, and 4K resolution. It also emphasized the use of a new lighting system to enhance the game’s already grim and visceral visuals.

The original developer, Bloober Team, is also collaborating with Anshar Studios in remaking the old titles using the new program. The two studios have already worked together before, on Observer: System Redux, a next-gen release of Bloober Team’s >observer_ from 2017. If that remake is anything to go on, then Layers of Fears is going to be a huge jump in graphical quality.

What Players Know from the Layers of Fears Trailer

Moving on to new content, Layers of Fears will reportedly include a “surprising new story.” This is hinted at in the trailer, as the painter’s wife from Layers of Fear has new lines. In the original game, the painter was the main character, and the Inheritance DLC focused on their daughter. The pianist wife was always a supporting character and never a protagonist.

Now, her portrayal in the trailer is expertly handled, with her tone almost chiding as she talks about her husband’s character arc in the original Layers of Fear — “a tale of sadness and guilt,” she calls it. Then she quickly denounces that view, reclaiming the narrative and calling it a story of her fear. She expresses the pain, hatred, and loneliness she felt in her own home, accentuated by shots of its hallways draped in chains. Already, the trailer has set up a new and intriguing direction for the series’ original story.

The trailer also features scenes from Layers of Fear 2, but these aren’t as prevalent as those surrounding the pianist wife. Some of the most notable shots are of the ship in black and white with the robotic mannequins toiling in the background as well as the segment where Lily’s about to walk the plank. That said, these few scenes surrounding the sequel make it difficult to discern how Bloober Team intends to alter its story.

RELATED: Routine Could Be a More Horror-Focused Control With a Doom Soundtrack

It’s very possible, however, that the developer plans to change the gameplay mechanics of Layers of Fear 2. Despite the high praise for the first Layers of Fear game, its sequel garnered mixed reviews. Some players disliked the playtime, as it was two hours longer than the first game. They felt that it made the game drag on, and the repetitive gameplay didn’t help. Unfortunately, the gorgeous environments weren’t enough to keep players invested in the longwinded method of storytelling.

Meanwhile, others hated the inclusion of scripted chase sequences that ended up killing players constantly. The forced trial and error inevitably became a cause of frustration rather than dread, cheapening the presence of the formless monster. Hopefully, Layers of Fears remedies these issues, and it’s certainly a possibility since Bloober Team intends to alter the gameplay direction alongside adding new content.

On a much broader view, some players are hoping to see more variety in gameplay mechanics. This goes for both Layers of Fear and Layers of Fear 2. Though these psychedelic horror games undoubtedly have intriguing stories, they’re often brushed aside as “walking simulators” where players are just semi-passive observers of an unraveling plot.

The Rat Queen of Layers of Fear

Admittedly, there isn’t much left to go on from the trailer or the Layers of Fears Steam page. However, it’s worth theorizing what new content may be included in the upcoming release. For example, perhaps the remade games will showcase more of the Rat Queen. The Rat Queen is a seemingly supernatural character that appears in both games. In Layers of Fear, she appears as a distorted version of the real-life painting “Lady with an Ermine” by da Vinci.

In Layers of Fear 2, however, she has much more screen time and even dialogue. The mysterious character appears in the game’s “neutral” ending, wherein the protagonist cannot decide between letting go of their deceased sister or moving forward with the guilt. The Rat Queen reprimands the player, talking about the player’s unending loop as she circles them in a darkened room. It’s reminiscent of the “neutral” ending in the first Layers of Fear, wherein the painter tries to paint his magnum opus again and again.

Though in spite of the Rat Queen’s appearance in both games, players are none the wiser about her true nature and motivations. It isn’t even apparent whether she’s simply a manifestation of the protagonists’ stubborn indecision or an existing supernatural entity in the world of Layers of Fear. As such, this could be something Layers of Fears expounds on. It might even set things up for Layers of Fear 3, assuming that’s happening anytime in the future.

Overall, Layers of Fears is an exciting new entry to the franchise. Though it doesn’t present a new story about an unhinged artist, it does provide more context to the already engaging narratives of the past games. Given this, it seems well worth looking out for, especially for longtime fans of the series. Hopefully, the bundled remake does justice to the iconic psychedelic, psychological horror game series.

Layers of Fears is currently in development.

The worst rumor about the Green Lantern shows that gossip is...