Home Entertainment How Large Animal Crossing Islands Can Get into ACNH 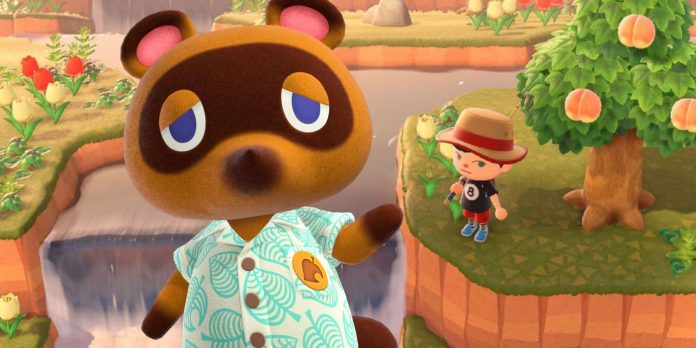 Animal Crossing: New Horizons allows players to create an island that suits their specific tastes, whether it’s their own unique design or modeled after something from real life or fiction. With a variety of items to decorate, terraforming options, and bridge construction, players have plenty of options when it comes to island design. These features were expanded in 2021 with the release of the ACNH 2.0 update along with the Happy Home Designer DLC, with the latter revolving around designing perfect homes for various iconic Animal Crossing residents.

While the unique design and decorations of Animal Crossing Island are an important part of Animal Crossing: New Horizons, changing the layout and shape of the island is where players really need to get creative. However, there is a limit to what can be done with the island. The perimeter of the island cannot be enlarged, which means that the only way to truly expand after fully utilizing the environment is to build upwards.

Increasing the size of buildings such as the Town hall, the museum and the player’s house are extensions available in Animal Crossing: New Horizons. The bigger the house, the more space for decoration. However, no expansion increases the size of the island. This limit allows 11 villagers, including the player, to live on the island, and this limits the amount of usable land area. The only way to add extra land to the island is to add rocks through the Island Designer app available on NookPhone.

The Island Designer app allows players to express personal Animal Crossing island design ideas by removing or adding water and rocks. A poorly located pond can be erased and replaced with a rock. Waterfalls can be added to the edge of rocks to make waterfalls. But no matter how creative terraforming is, it has limits. Only four cliff levels can be added, and three of them can be climbed. When trying to climb the fourth cliff, a warning appears informing players that it is dangerous to climb higher.

While the rocks can add to the fun of the game, they also limit the available workspace. Each added rock must be added at a distance of one division from the edge of the previous rock. The higher the player rises, the less space is left for decorations and buildings.

Happy Home Designer marked the end of significant additions to ACNH content, even though Animal Crossing players have been reaching out to Nintendo for additional updates, so it’s unlikely that any changes will be made in the future to allow players to increase the size of the islands. However, this can be implemented in a future Animal Crossing game. More space can increase the number of inhabitants on the island and add more space for creativity. Until then, Animal Crossing Islands: New Horizons can only climb four levels of the cliff, and only three of these levels are easily accessible.