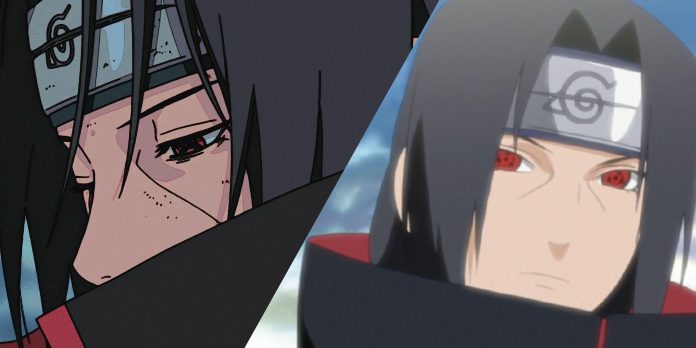 Masashi Kishimoto is one of the most famous mangaka of the 21st century. His senen manga Naruto has become one of the most popular hits in the history of Shonen Jump. The manga follows a young blockhead ninja named Naruto, who dreams of becoming a Hokage one day. Manga is known for a lot of interesting characters. Villains, in particular, have garnered plaudits over the years because of their all-round nature.

Villains like Madara, Payne and Orochimaru, Part I, always pop up when there is a discussion of the best anime villains. However, there is one character who could easily take the place of the best villain, if not for Kishimoto’s decision to change the story. The character is none other than Itachi Uchiha from the Hidden Leaf. So how did Kishimoto destroy Itachi’s potential to become a better villain?

RELATED: Naruto: The Characters that change the most throughout the anime

The first appearance and its influence

From his very first appearance, Itachi radiated a menacing aura. He entered the Hidden Leaf and single-handedly defeated Asuma and Kurenai. The two Jonins were saved only thanks to Kakashi’s intervention, but Kakashi also couldn’t do anything about the situation, and he ended up in the hospital.

Itachi also crushed Sasuke and reminded him that he was still too weak. Such was his strength that Obito was afraid of him, and he waited until he died to carry out his plan. At that time, Itachi was the coolest and one of the most powerful villains featured in the series. The perfect cold-blooded killer, but Kishimoto decided to turn him into a good guy.

Itachi’s past became known only after Sasuke killed him. Obito told Sasuke about his older brother and how he was mistreated by the Hidden Leaf. Itachi faced the harsh realities of war at an early age, which made him think about many things, including life. Itachi was saddened by the fact that he constantly saw people around him die. When he grew up, Itachi wanted to solve all the problems peacefully. When news of the Uchiha coup began to spread, Itachi and his best friend Shisui tried to do everything in their power to prevent the coup. However, before they could try to stop the coup, Danzo decided to attack and kill Shisui to take his Mangekyo Sharingan. Danzo wanted to eliminate Shisui because he considered him a “threat”, but in reality he was just a power-hungry person.

Shisui managed to survive the attack by Danzo and his men, but the Root leader managed to steal one of Shisui’s eyes. Barely escaping with his life, Shisui met Itachi, entrusted him with his remaining eye and committed suicide. This incident caused Itachi’s Mangekyo Sharingan to awaken. After that, Danzo threatened to kill the entire Uchiha clan, including Itachi’s younger brother, if Itachi did not obey him. Left with no choice, Itachi was forced to kill his entire clan, except Sasuke, whom he could not bring himself to kill.

The strength and potential of the villain

His intelligence was on another level, and from a young age his father believed that Itachi would do great things. Itachi’s genjutsu skills allowed him to crush Kurenai, who was considered the best genjutsu user in the entire Hidden Leaf. The combination of Totsuka’s Blade and Yata’s Mirror made Itachi almost untouchable. According to Zetsu, Itachi was invincible when he had both of these abilities active. Itachi only lacked stamina due to his mysterious illness.

If Itachi had remained evil, he could have influenced the story in different ways. He could kill Obito, capture Akatsuki, and get Rinnegan for himself. Nagato was indeed a threat to Itachi, but as seen in the Fourth Great Ninja War, Itachi was able to seal him with the Totsuka Blade. In his fight against Sasuke, if Itachi wanted to, he could easily kill his younger brother and steal his Sharingan, as well as awaken the Eternal Mangekyu Sharingan.

This would significantly reduce Itachi’s chakra consumption and allow him to fight longer. In addition, Itachi had enough power to get his hands on a jutsu that could make him healthier and cure his illness. He had both the strength and personality to become one of the greatest villains. After telling him the sad backstory, Kishimoto made sure that the fans felt bad about him. This was the last retcon, and it turned out to be extremely strained. Despite his sad backstory, Itachi still killed innocent people, including children. Itachi also injured Sasuke when there was absolutely no reason to use genjutsu on the latter. Kishimoto kept adding sad elements to Itachi’s story, but that didn’t make his redemption any better. This was a mistake on Kishimoto’s part, as he lost a great opportunity to create one of the best senen villains.