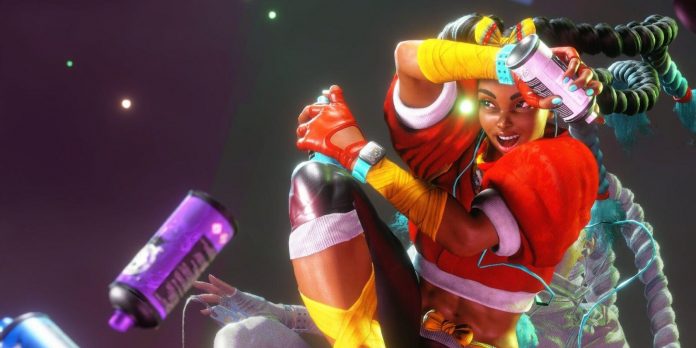 When it comes to fighting games, there are very few franchises that command as much respect as Street Fighter. Since the first game was released in 1987 on arcade machines, it has been a mainstay in gaming, and while it has faced stiff competition from franchises such as Mortal Kombat, Street Fighter has managed to remain relevant. Fans will soon be getting another dose of the franchise with Street Fighter 6 which is slated to release next year.

Although Street Fighter 6 will be a comforting return to a familiar franchise for fans, developers do not intend to keep things stagnant. Consequently, there is a bit of innovation planned to keep things exciting, and developers are drawing from hip-hop culture as a source of inspiration. This has been seen with Kimberly, a new character in the series with the potential to be a top pick.

In early 2022, Capcom posted a timer that had gamers around the world guessing what the studio was up to. On 21 February, it was revealed that Street Fighter was on the way, and it promises to be the most ambitious Street Fighter title to date. The game is being built using the RE Engine which has been used for hit games like Resident Evil Village, and it will allow for Street Fighter 6 to have top-notch graphics. It will also feature the return of many classic characters, which will be sure to please longtime fans. This includes Chun-Li, Guile, Juri, Luke, and Ryu.

Plenty of new features are also planned, including the Real Time Commentary Feature which will make any match feel like a competitive tournament. The game allows players to access the World Tour mode for an immersive story mode, or the Battle Hub to partake in online matches. There are more details to these modes, and Capcom intends to clue gamers in when the time is right.

Street Fighter 6 Takes It to the Streets

With every release, Street Fighter has reinvented itself while remaining faithful to its core gameplay, allowing every new entry to feel fresh. This time around, the developers have looked towards hip-hop culture for inspiration, and it has led to some interesting results. In a recent interview with SPIN magazine, producer Shuhei Matsumoto and lead composer Yoshiya Terayama spoke a bit about Street Fighter 6’s development, and they highlighted that the upcoming game will pay respect to past games in the series, though it will also be going in new directions. Hence, while the classic Street Fighter atmosphere will be present, a hip-hop influence will also be felt.

Hip-hop will manifest through the game’s more urban settings and visual design in addition to its upbeat soundtrack. According to Terayama, it will blend the Street Fighter game music that fans are familiar with throughout the series with various hip-hop musical elements. In keeping with this aesthetic, the theme songs of characters have been redone, and composers have strung new themes together by imagining what it would be like “if each of the characters appeared on the streets.”

Graffiti, rap, dance, and DJing will also serve as hip-hop influences in Street Fighter 6. The franchise’s new direction is not too surprising, as the developers are merely focusing on the “Street” in Street Fighter. It does open the door for plenty of new ideas, designs, and characters to keep fans engaged. Players have already seen a snippet of this with Kimberly, who is one of the newest characters that has been revealed.

A Street Fighter game is nothing without its roster, and it appears that Street Fighter 6 will be bringing back classics while introducing gamers to plenty of new characters. One of the new characters revealed is Kimberly, a woman with ninja skills and plenty of pizzazz. She sports long braids, a red top, and canvas sneakers; her high energy never dips, and she’s always wearing a pair of headphones connected to her cassette player.

In her reveal trailer, she is seen battling it out on a side street with graffiti and apartment buildings visible in the background. She may have an innocent attitude, but one should not be fooled, as she is the student of Guy, who is the 39th successor to Bushinryu. Consequently, her ninja skills are on point, as her speed and flexibility in the gameplay trailer prove. Kimberly is also a brainiac who completed college early, so players should not underestimate her mental skills either.

Kimberly has an interesting backstory, and she illustrates how Street Fighter 6’s hip-hop influences may manifest. As Street Fighter 6’s game director, Takayuki Nakayama, explains, she loves 80s culture, which is why she carries around a cassette player and spray paint can. In addition to giving her an 80s hip-hop look, the items also play a role in her special moves, so players who find themselves up against her better watch out. For instance, her move Genius at Play has her using her spray paint cans as shuriken bombs while Hidden Variable involves Kimberly concealing herself in a colorful cloud before striking with a surprise attack. Her choice of music is inspired by someone in her life, though Nakayama will not reveal who just yet. Though gamers have only seen glimpses of her, Kimberly could be one of the most interesting Street Fighter characters in recent years.

Street Fighter has flirted with hip-hop culture in the past, but it appears that it will be much more of a central focus in the upcoming game. The game’s interest in the genre comes to life in Kimberly whose design and special moves make her appear like a head-bopping 80’s hip-hop star. After decades of classic fighting games, it seems that Street Fighter is still full of ideas and new ways to please its fans.

The Last of Us: HBO Series Adds Nick Offerman (Parks &...