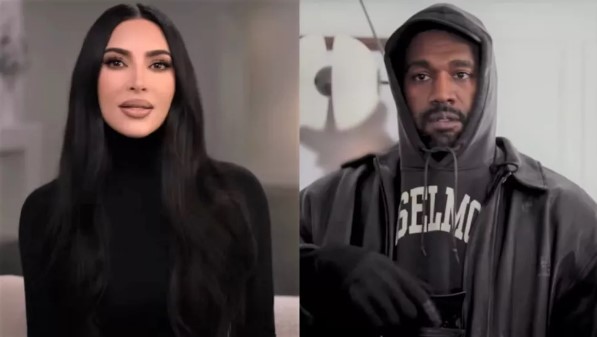 In recent weeks, Kanye West has been embroiled in controversy again: he was criticized for sparking drama at a fashion show in a shirt with the inscription “White Lives Matter”, at the same time he was blocked on Instagram for anti-Semitic comments and jeopardized his business deals. These are just some of the problems the rapper has been mired in, and while his ex-wife Kim Kardashian has been known to step in to help him deal with such difficult situations in the past, it looks like the Kardashian star is handling her own affairs this time. otherwise.

The divorce process between Ye and the mother of his four children continues, as the rapper had problems with a lawyer. He recently hired his sixth lawyer since Kim Kardashian filed for divorce in February 2021 after six years of marriage. Even though a settlement has yet to be reached, it looks like the reality TV star has washed her hands of Kanye West, as TMZ reports that she hasn’t reached out to help him with what many consider a mental health episode.

Sources report that Kim Kardashian has not spoken to the Heartless singer for several weeks, despite his attempts to contact her. TMZ also reports that people close to Ye are concerned that he could lose a lot of money due to these controversies, and they want the SKIMS founder still in sight.

Instead, it seems that she is focused on her four children — North, Saint, Chicago and Psalm — while the children stay close to their father thanks to his music. However, Kim Kardashian is now paying for extra security at her school after Ye posted the name of the institution during a social media rant in which he said he wanted his children to attend his own Donda Academy.

The loss of business and creative control seems to be a major concern for the fashion icon after he ended his collaboration with Gap, while Adidas renegotiated its deal with Kanye West after he unexpectedly donned the aforementioned “White Lives Matter” shirt. Yeezy show on October 3 as part of Paris Fashion Week. The fashion statement, unsurprisingly, provoked a negative reaction from many, including the editor of Vogue fashion magazine Gabriella Karefa-Johnson. Ye did not accept her criticism and began to mock her, which caused even more outrage from celebrities, including Gigi Hadid and West’s former friends Justin and Hailey Bieber.

On October 7, the rapper appeared on Fox News channel Tucker Carlson Tonight, in which he reportedly made anti-Semitic comments (and also insulted Lizzo’s weight). Such contradictory statements on social networks led to the fact that his Instagram account was blocked.

Kim Kardashian has been around to support the father of her children in his struggle over the years, but this time it seems she prefers to keep her distance. The rapper has yet to be seen in the second season of The Kardashians (available via Hulu subscription) after making multiple appearances in the first season, so we’ll have to wait to see if he shows up at some point. New episodes of the reality show are available for streaming every Thursday.

“Everything I created was dark…” — Billie Eilish told together with...