Home Celebrity How Kanye West Made Morgan Freeman a Trend Overnight by Adding His... 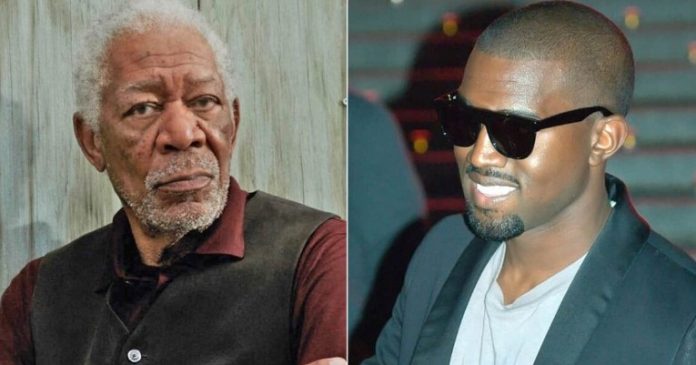 It’s a proven fact that Kanye West loves to be in the news. It’s hard to find a day in the last few months when Kanye didn’t make the news. Especially after the divorce from Kim Kardashian, Ye constantly makes contradictory statements. Not only that, but now he’s creating hype by adding contradictions to his songs. Remember the time when Kanye Donda was released?

Fans have been waiting for him to continue with Donda 2, but it seems he has caused concern again. And this time with the participation of Oscar-winning actor Morgan Freeman.

Kanye West is the Shakespeare of the 21st century.
So how did Morgan Freeman get into Ye’s series of controversies? For some reason, this time Kanye used it in one of his songs. And, to our complete shock, he mentioned the Hollywood icon in a song from the album Donda 2. However, this is not the main problem. The problem was raised in a song called “Sci-Fi” introduced in Donda 2. There are 22 songs in total in this album. The problem arose when Kanye rhymed Morgan’s name with the word “sperm”.

Don’t believe us? See for yourself.

However, after listening to this line, the Internet went completely crazy. Kanye’s attitude towards Freeman caused a flood of mixed reactions. He was compared to Shakespeare, of course, with sarcasm. People called him the William Shakespeare of the 21st century. This song made him popular on Twitter immediately after its release.

KANYE REALLY RAPPED “WHEN YOU LAY DOWN AND I GAVE YOU SEMEN, I HEARD THE VOICE OF GOD, MORGAN FREEMAN” MY BOI IS BAAACK

Kanye West has a lot to lose, and so it is. Appearing with Marilyn Manson and humiliating Morgan Freeman is not profitable when America

Some people are extremely disgusted by the words that they decided to choose celibacy because the song made them feel uncomfortable. However, most of them liked it. Something that needs to be discussed now is what the next controversy will be, of which Kanye will be a part. Let us know in the comments.

Selena Gomez is about to leave Instagram: her fans are in...