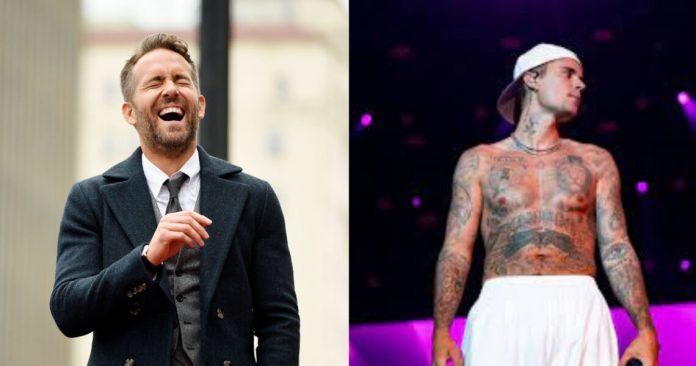 The superbly funny and charismatic actor Ryan Reynolds has always been someone fans never forget. From his initial shenanigans with other actors to his wild tweets, he doesn’t leave anyone out. Even his beautiful wife Blake Lively, with whom he continues to communicate on social networks. This Canadian soul is one of the golden actors of Hollywood, and he is fresh air for fans. People love him for his endless train of funny jokes and memes. It’s nice to see how the Deadpool star always walks around with a smile on his face. But one day this actor had bad days when Justin Bieber made him happy with his Instagram post.

Justin Bieber Once did a Cosplay for Ryan Reynolds on Halloween

Last year, on Halloween, the actors made amazing avatars and posted their photos on social networks, which shocked fans. One of those moments includes when Justin Bieber paid homage to Ryan Reynolds’ character “The Free Guy.” The Canadian singer posted a photo on his Instagram dressed up as a game character. Moreover, he edited the poster of this action comedy himself, which looked stunning.

Responding to the post, Ryan Reynolds shared the publication in his story and noted his fellow Kanaka. He also added: “I had a bad day…,” he wrote in the post, adding a GIF file with hearts. “Have a great day. Love, love, love it.”

However, the “Red Notice” star wasn’t seen in a Halloween outfit, but Justin really made his day. Meanwhile, the Intentions singer was wearing a cute bear costume, and the Free Guy costume was his second holiday outfit. Surprisingly, at the party he attended that night, Ariel Vandenberg was dressed like him and they hugged.

A creepy day is ready to come this year when you will see sexy, scary and frankly stupid costumes of the stars again. Are you excited about Halloween? What kind of costume would you like to see Ryan Reynolds in? Tell us your ideas and suggestions in the comments section.